A black box from a container ship sinking off Sri Lanka was recovered but a dive Sunday to check for oil leaks had to be aborted, the navy said. 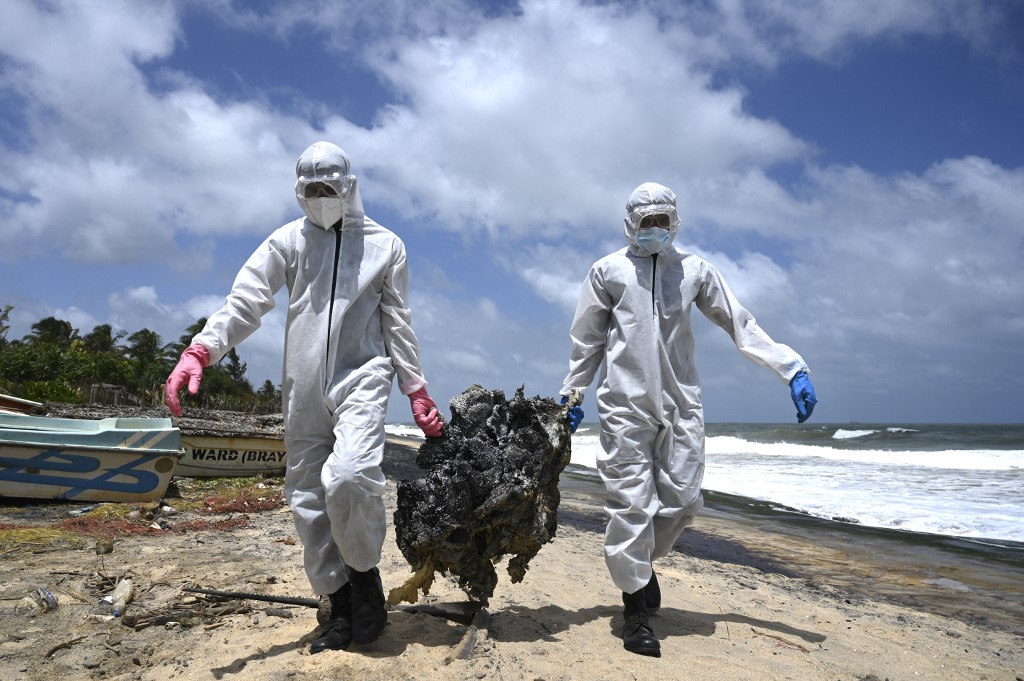 Sri Lanka's Air force personnel remove debris washed ashore from the Singapore-registered container ship MV X-Press Pearl, which has been burning for the eleventh consecutive day in the sea off Sri Lanka's Colombo Harbour, on a beach in Colombo on May 30, 2021. (Photo: AFP)

The Voyage Data Recorder, also known as a maritime "black box", was found intact and is expected to help investigators review procedures and instructions ahead of an accident.

The navy said divers were deployed for a third time Sunday to examine the fuel tanks of MV X-Press Pearl, but they were unable to carry out their mission due to poor visibility and choppy seas.

However, they did not notice any oil slick in the area, a navy officer told AFP. He said another dive would be attempted when the weather improved.

Sri Lankan authorities hope the black box will provide details of the ship's movements and its communications with the harbour in the capital Colombo, where it had been due to dock.

"The navy facilitated technicians to remove the VDR from the bridge which is still above the waterline," navy spokesman Indika de Silva told AFP.

The Singapore-registered vessel has been slowly sinking into the Indian Ocean since Wednesday after a fire that raged for nearly two weeks within sight of the coast.

The ship, carrying 25 tonnes of nitric acid and a huge amount of plastic raw materials, was heading to Colombo from Gujarat, India.

Sri Lankan officials have said an acid leak since May 11 may have sparked the blaze. Ports in Qatar and India had refused to offload the leaking nitric acid, they added.

Police on the island nation launched a criminal investigation, interviewing the vessel's skipper and chief engineer -- both Russians -- and its chief officer, an Indian, and seizing their passports.

Authorities are bracing for a possible oil spill after the stern submerged. There has been no sign of any leaks so far, they added.

Tonnes of microplastic granules from the ship swamped an 80-kilometre (50-mile) stretch of beach declared off-limits for residents. Fishing in the area was also banned.

Sri Lankan environmentalists on Friday sued the government and the ship's operators for allegedly failing to prevent what they called the "worst marine disaster" in the country's history.