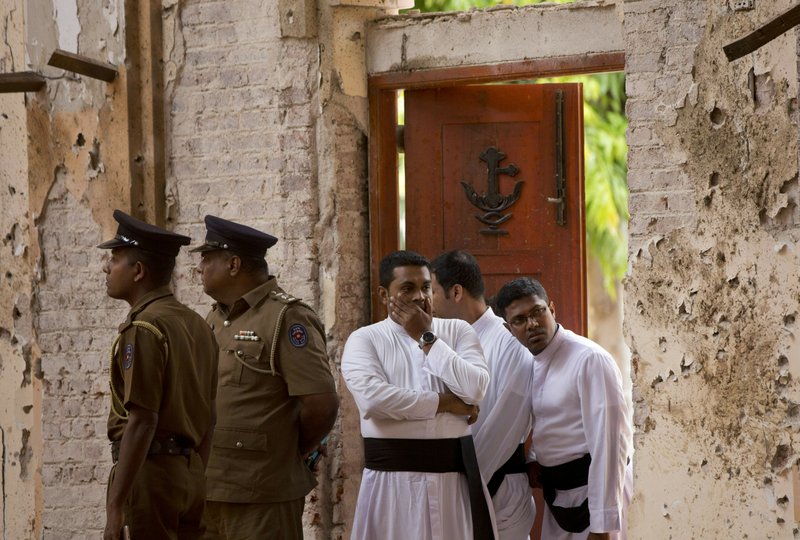 COLOMBO (Xinhua) -- Sri Lanka's former police chief and defense secretary were arrested by criminal police on Tuesday following instructions issued by the Attorney General who called for them to be produced in court over alleged negligence to prevent the Easter Sunday terror explosions.

Gunasekara said the Criminal Investigations Department (CID) would record statements from them but the two officials would continue to seek treatment in hospital.

Both were to appear before the CID earlier Tuesday to give statements over their alleged negligence in failing to act on information of possible terror attacks.

Attorney General Dappula De Livera, in a letter written to Acting Police Chief Chandana Wickremaratne on Monday, said Jayasundara and Fernando could face charges of "grave crimes against humanity" for their alleged negligence in failing to prevent the attacks.

President Maithripala Sirisena had, soon after the terror attacks blamed Fernando and Jayasundara for failing in their duties to act on an April 4 intelligence report which gave information of possible attacks on April 21.

Fernando, who was removed from his post by Sirisena following the terror explosions, and Jayasundara who was sent on compulsory leave, have both however denied all allegations against them.

According to the police, a local radical group called the National Tawheed Jammaat, who have now been banned, have been blamed for the explosions, which left over 250 people killed and 500 injured.