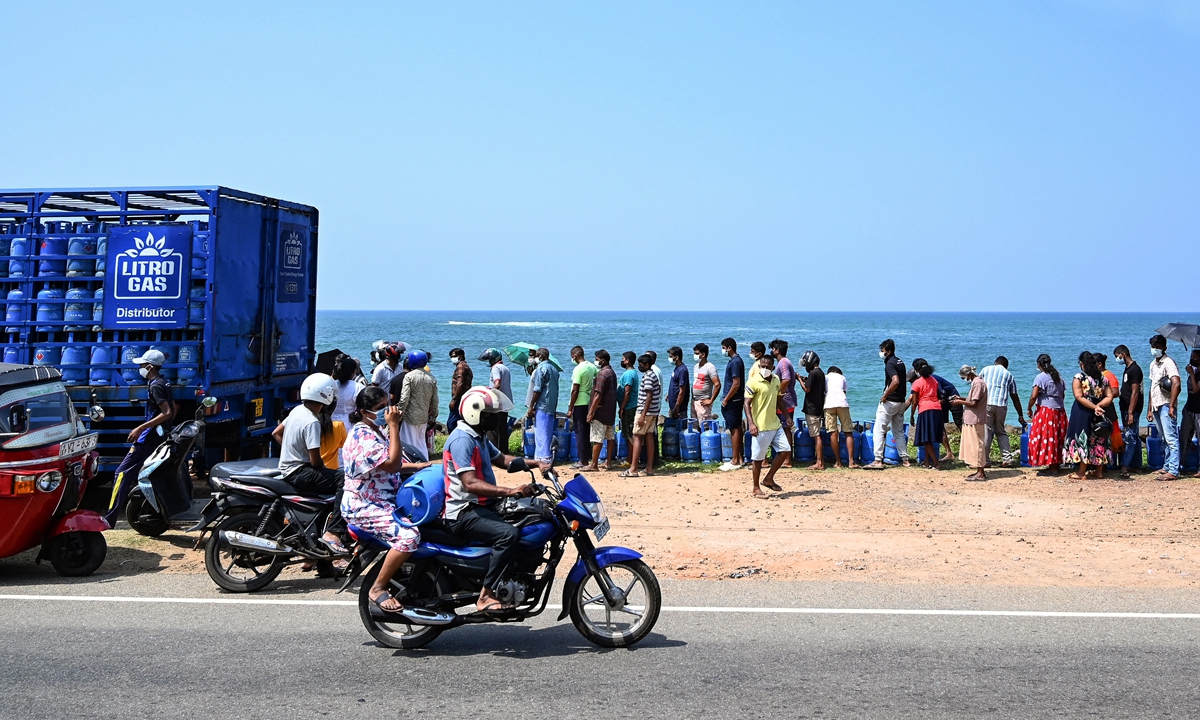 Sri Lanka's crippling economic crisis risks starvation across the island nation of 22 million while acute shortages and blackouts will get worse, the speaker of parliament warned Wednesday.

Scarce supplies of food and fuel, along with record inflation and blackouts, have inflicted widespread misery in the country's most painful downturn since independence from Britain in 1948.

Public anger is at a fever pitch, with crowds attempting to storm the homes of several government figures and large demonstrations elsewhere.

"We are told this is the worst crisis, but I think this is just the beginning," Abeywardana said at the start of a two-day debate on the worsening economic woes.

Security forces have dispersed protests with tear gas, water cannon and rubber bullets, but a state of emergency imposed by the president last week to quell demonstrations was lifted at midnight.

More than 60 people had been arrested in connection with unrest and many have said they were tortured in police custody.

Legislators had pushed for a debate on the emergency decree during this week's session of parliament, where the government has lost its majority after the desertion of political allies - several of whom have since called for Rajapaksa's resignation.

Opposition parties had already rejected the president's overture to form a unity administration after the resignation of nearly the entire cabinet late on Sunday.

But there has so far been no clear signal that opposition legislators will attempt a no-confidence motion to topple the Rajapaksa administration.