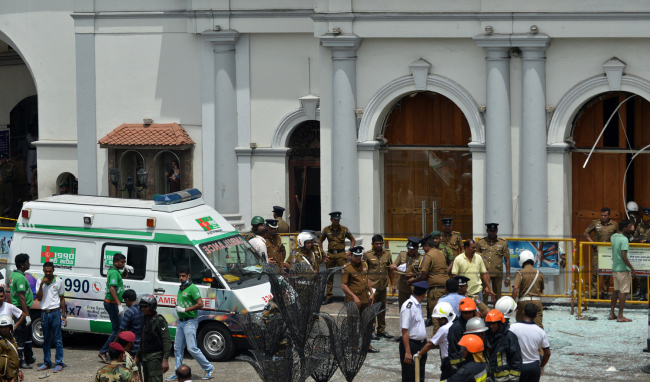 An ambulance outside of the church premises with security personnel following a blast at the St. Anthony's Shrine in Kochchikade, Colombo on April 21, 2019. (Photo: AFP)

Hemasiri Fernando, the most senior bureaucrat at the ministry, sent a letter of resignation to President Maithripala Sirisena, the official said.

"He told the president that he was accepting responsibility and resigning so that the president can make a new appointment," the official said, speaking on condition of anonymity.