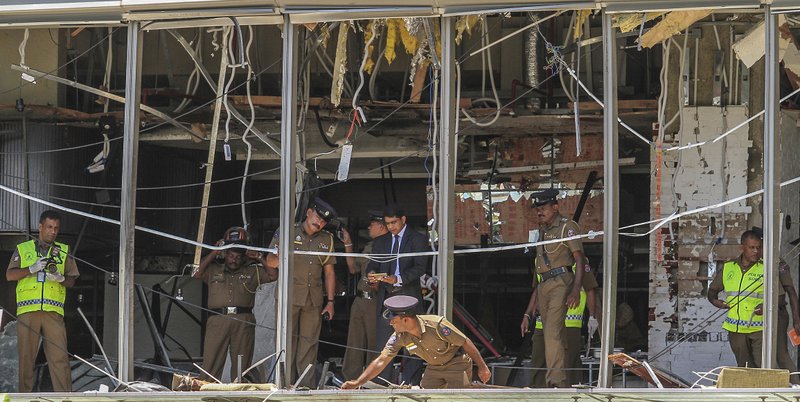 A Sri Lankan parliamentary committee that investigated last April’s Easter suicide bombings has concluded that the country’s spy chief was primarily responsible for the intelligence failure that led to the deaths of 269 people in the attacks.

In a report released Wednesday, the committee said State Intelligence Service chief Nilantha Jayawardena received information on possible attacks as early as April 4 — 17 days before the suicide bombings took place — but there were delays on his part in sharing the intelligence with other agencies.

The report said Jayawardena’s responsibility was compounded by the fact that he had asked higher-level officials nearly a year earlier to bring investigations into the ringleader of the April 21 attacks, Mohamed Zahran, under his sole purview.

Sri Lanka’s National Security Council met on April 9, with the defense ministry secretary asking Jayawardena for a briefing on Zahran, to which he responded that he would send a note later, the report said.

“If the matter was discussed, steps may have been taken to prevent the Easter Sunday attacks,” it said.

Zahran, leader of a local Muslim group, was among the suicide bombers who participated in the attacks on three churches and three hotels. Five of the six attacks took place in and around Colombo, the capital. A total of seven suicide bombers died in the attacks, while another blew himself up later after his explosives failed in a fourth Colombo hotel.

The committee also said an open spat between President Maithripala Sirisena and Prime Minister Ranil Wickremesinghe that led to a political crisis last year contributed to the security failures.

The report said that Sirisena failed on “numerous occasions to give leadership and also actively undermined government and systems including having ad hoc National Security Council meetings and leaving out key individuals from meetings.”

Sirisena and Wickremesinghe are from different parties and formed a cohabitation government in 2015. They fell out and their spat broke into the open in October 2018, when Sirisena dismissed Wickremesinghe as prime minister.

A court decision that restored Wickremesinghe as prime minister ended a 52-day government standstill. But from that point on, Sirisena did not involve Wickremesinghe in Security Council meetings.

The report said that the State Intelligence Service did not report to the military on possible attacks until April 19. The next day, Jayawardena called the national police chief to say there was a high probability that an attack would occur on April 21.

On Easter morning, Jayawardena called the police chief again to say that “something dangerous would happen on that day,” the report said. He also called the secretary to the defense ministry, Hemasiri Fernando.

Fernando was quoted in the report as saying that “within a few minutes” of speaking to Jayawardena, “I heard that there had been a bomb explosion at one of the hotels.”

The committee recommended reforms in the security and intelligence sectors, improved monitoring of financial transactions, and the monitoring and controlling of religious extremism.