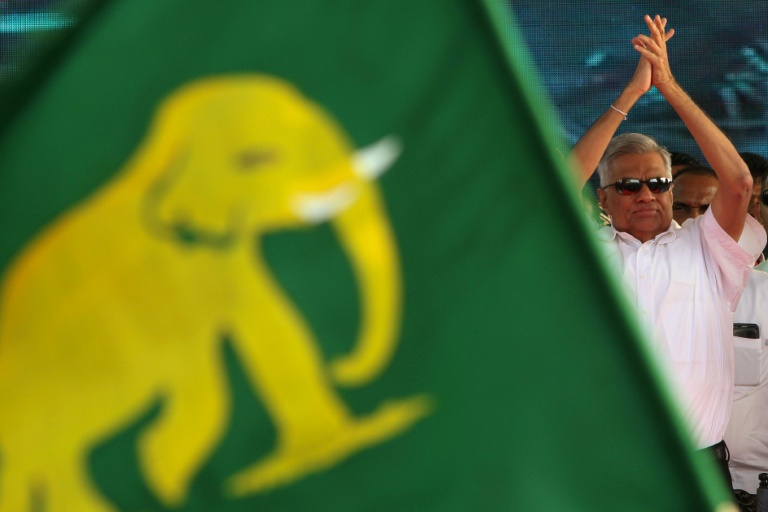 Sri Lanka's prime minister said Thursday the country was struggling to pay back its ballooning foreign debt, blaming a recent political crisis for dealing a "death blow" to the economy.

Ranil Wickremesinghe said his government was scrambling to raise $1.9 billion to help service a first debt payment of $2.6 billion, that is due on Monday.

Sri Lanka faces $5.9 billion in foreign debt repayments in 2019, a record for the cash-strapped island.

The country lost $1 billion in foreign reserves during a power struggle between Wickremesinghe and President Maithripala Sirisena in late 2018.

Wickremesinghe was reinstalled 51 days later but not without a cost, the prime minister said.

"We are yet to quantify the losses, but it was a death blow to an economy that was struggling to recover," Wickremesinghe told parliament.

Wickremesinghe has dispatched his finance minister to Washington to try to revive a loan arrangement with the International Monetary Fund that was suspended during the chaos.

Sirisena came to power in 2015 with the help of Wickremesinghe's United National Party but personal and political clashes came to a head before the October sacking.