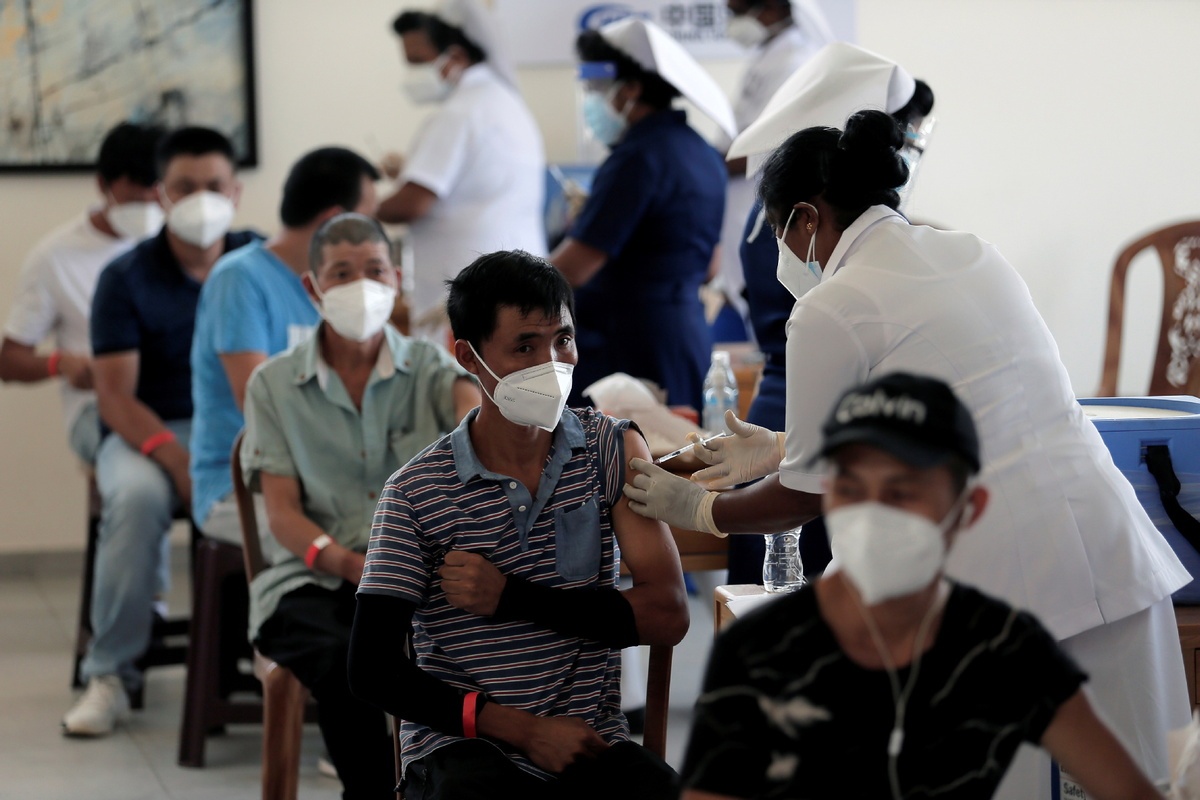 Researchers in Sri Lanka have found the China-developed Sinopharm COVID-19 vaccine to be "highly efficient" against the Delta variant that is driving a resurgence in infections around the world.

"The antibody responses to the Delta variant and neutralizing antibodies were similar to levels seen following natural infection," the researchers from Colombo's Sri Jayewardenepura University said on its website on Monday.

According to the study, 95 percent of those who received two doses of the Sinopharm vaccine developed antibodies against SARS-CoV-2, the virus that causes COVID-19.

The study showed that two doses of the vaccine produced neutralizing antibodies in 81.25 percent of the recipients, and that these antibody levels were similar to what would occur after a person recovers from COVID-19.

Neelika said the Sinopharm vaccine is the most used vaccine in Sri Lanka.

China has donated 7.1 million doses of the vaccine — including 2 million doses shipped on July 11 — to Sri Lanka, which has a population of nearly 22 million.

Some 4.63 million people in Sri Lanka have received the first dose of the Sinopharm vaccine, and 1.29 million have received the second dose. No severe side effects among the vaccinated have been reported, Xinhua News Agency said.

Malavige said the study was the first of its kind to be published and experts looked at every possible angle of the immune system in their work.

The findings place the Sinopharm vaccine among the world's best to fight the disease and put to rest the doubts persistently raised about the vaccine's efficacy, Malavige said.

The vaccine was also studied for its efficacy against the Alpha and Beta variants of the virus as well as the original strain.

"The conclusion of this report is that when it comes to Delta and other variants, the Sinopharm vaccine induces similar levels of antibody responses as people who have naturally been infected, which is very good," Malavige said.

Sri Lanka is facing a third wave of the COVID-19 pandemic as authorities warn about the spread of the Delta variant, which has been reported in 92 countries.