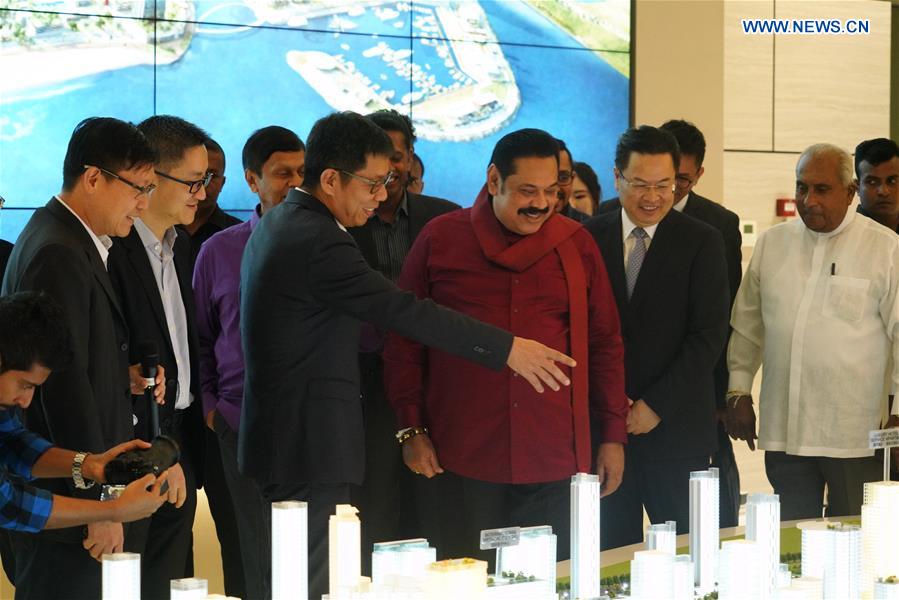 Sri Lankan Prime Minister Mahinda Rajapaksa said on Saturday that his government will firmly support and accelerate the development of the Colombo Port City project constructed by China to ensure that it will emerge as a new business hub in the island country.

Rajapaksa visited the Colombo Port City along with Chinese Ambassador to Sri Lanka Cheng Xueyuan and other government ministers to officially declare the 269 hectares of land reclaimed from the sea for the project as part of the Colombo district.

A commemorative stamp and a first day cover were also issued at the grand ceremony followed by a mega fireworks display.

The Colombo Port City is Sri Lanka's largest Foreign Direct Investment project and is expected to attract billions of U.S. dollars of investments in the coming years.

It will also create over 80,000 jobs and will transform Sri Lanka into a regional business and financial hub.