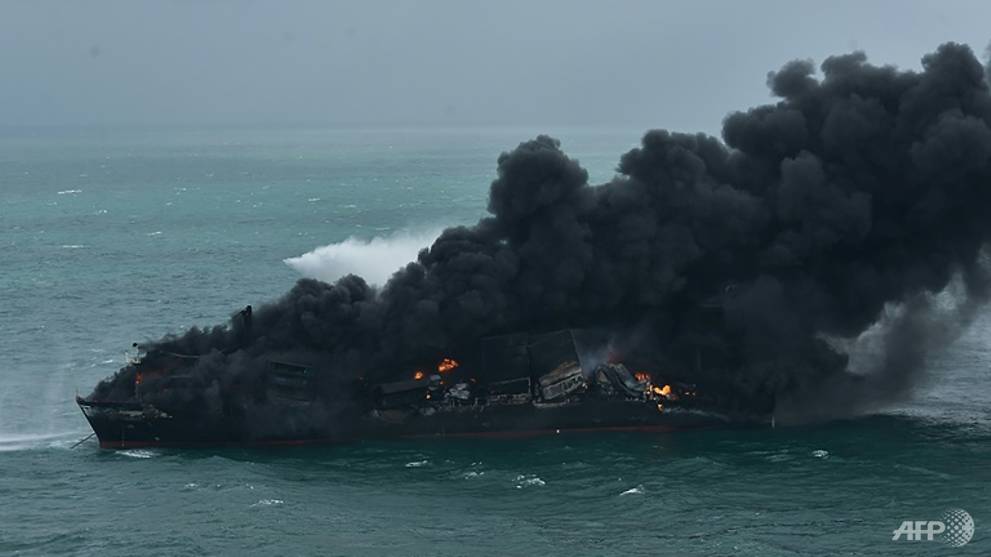 Chairperson of the MEPA Dharshani Lahandapura was quoted by the local News First as saying that nitrogen oxide gas emitted into the atmosphere will mix with water particles in the upper atmosphere to produce nitric acid for the acid rain.

The MEPA head said such air currents could move from the coastal areas into the country, and there is a possibility of acid rains in the surrounding areas.

The MEPA head urged people to be vigilant to avoid exposures to rain directly and cover metal structures or vehicles outdoors.

The Sri Lanka Navy on Friday said it was continuing the efforts to put out the flames onboard the X-Press Pearl ship which caught fire in waters off the Colombo port on May 20 and was threatening to cause an environmental disaster.

The navy added that the ship is in danger of sinking and efforts are underway to prevent it.

There has been no sign of an oil spill, the navy said.

The MEPA has warned of a major environmental disaster and is conducting investigations to assess the impact of the burning vessel.

The X-Press Pearl, which flies Singapore's flag, was carrying 1,486 containers with 25 tons of nitric acid and several other chemicals and cosmetics in its voyage from the port of Hazira, India on May 15.

The vessel sent out a distress call while being close to the Colombo port on May 20, and soon caught fire, local media reported.