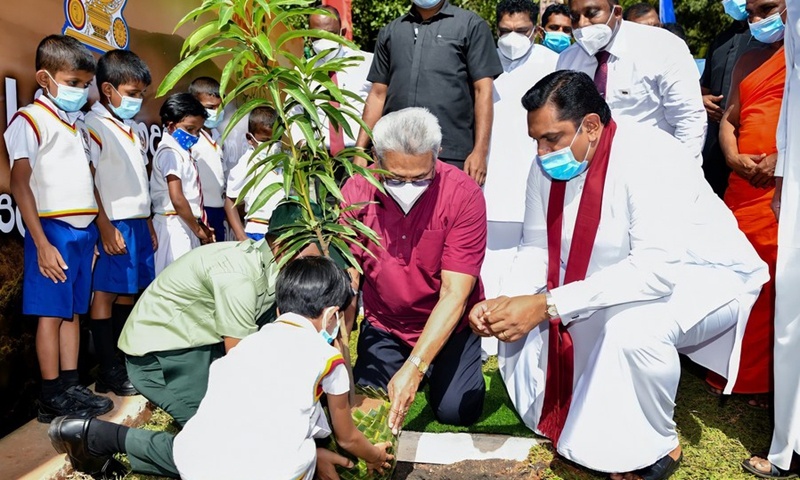 According to the statement, the number of children entering grade one, in schools every year in the country is close to 350,000 and the objective of this program was to groom children to be eco-friendly citizens and to ensure a secure ecosystem for future generations in line with the government's Sustainable Environmental Policy.

The president as well as the ministers and parliamentarians took part in the program by planting saplings together with the children.

State Minister of Paddy and Grains, Organic Food, Vegetables, Fruits, Chillies, Onion and Potato Cultivation Promotion, Seed Production and Advanced Technology Agriculture, Shashindra Rajapaksa said the central theme of this concept is to create a sound mentality by encouraging the students, who are in an examination mindset, to cultivate.

The Sri Lankan government aims to add 1.7 million trees including jackfruit, breadfruit, coconut, and mango to the environment within the next five years under the supervision of children.

The president distributed saplings among the children who were present at Monday's event.