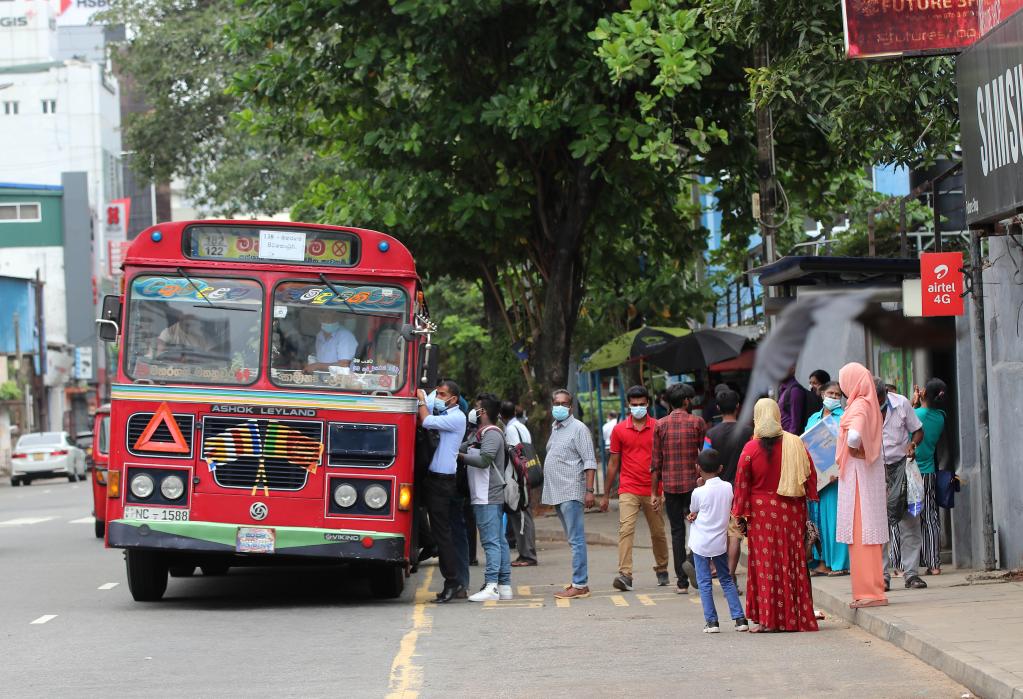 People wait for city bus at a bus stop in Colombo, Sri Lanka, on July 11, 2022. Due to severe shortage of fuel, local residents are more likely to travel by bus and bicycle in Colombo. (Photo: Ajith Perera/Xinhua)

The Sri Lankan parliament on Wednesday approved the nationwide state of emergency which was declared on July 17 by then-acting President Ranil Wickremesinghe, who was later elected as the country's president on July 20, according to local media.