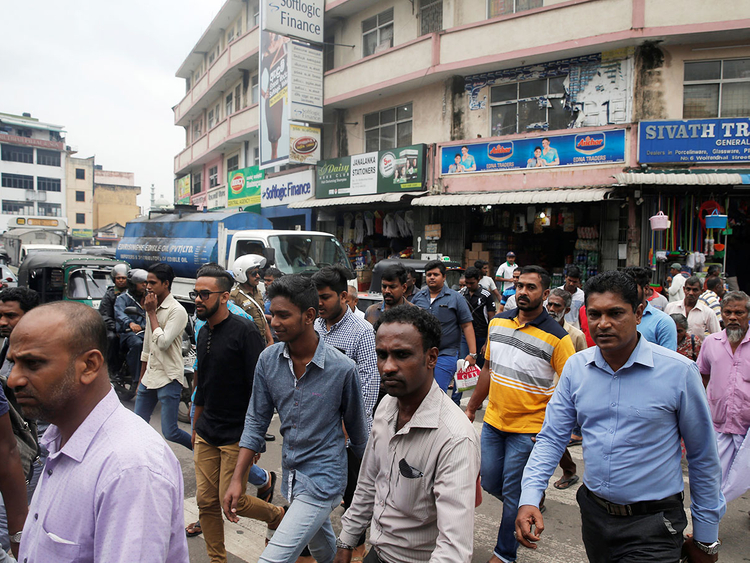 People cross a street in central Colombo, Sri Lanka April 29, 2019, a week after a string of suicide bomb attacks across the island on Easter Sunday. (Photo: Agencies)

The statement said the ban would be introduced from Monday under new regulations brought in a state of emergency in response to the Easter bombings which killed over 250 and injured more than 500.

"President Maithripala Sirisena took this decision to further support the ongoing security and help the armed forces to easily identify any wanted perpetrators," the statement said.

Muslim leaders on Sunday called on community members to co-operate with armed forces and refrain from wearing any clothing which hinders the investigations to arrest the perpetrators responsible for the Easter bombings.

Many hotels and shops in Colombo have also introduced their own bans on clothing as a security measure.

Sirisena on last Friday said the National Thowheed Jamaath and another Muslim radical group were responsible for the Easter explosions.

Police said over 150 suspects were arrested so far over the bombings which targeted churches and luxury hotels.