COLOMBO, July 22 (Xinhua) -- Sri Lankan President Maithripala Sirisena  extended the state of emergency on Monday, by another month considering the security situation in the country. 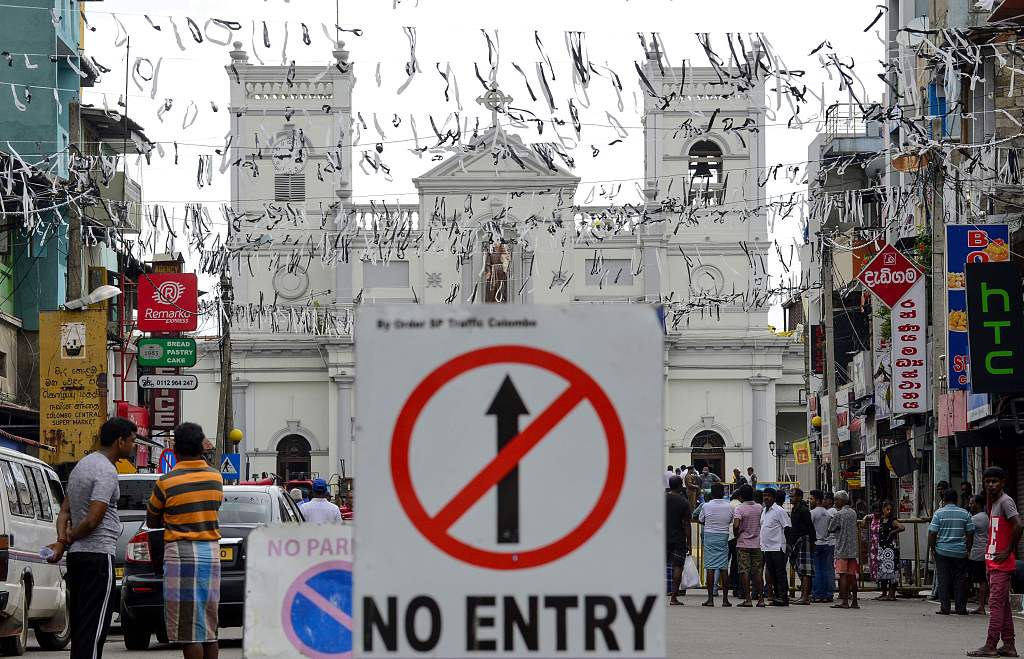 A general view of St. Anthony's Shrine in Colombo on April 29, 2019, a week after a series of bomb blasts targeting churches and luxury hotels on Easter Sunday in Sri Lanka. (File photo: VCG)

The president signed an extraordinary gazette notification which said the emergency was in effect for public security, the preservation of public order and the maintenance of supplies and services essential to the life of the community.

Sirisena declared the state of emergency on April 22, a day after multiple terror attacks in the country killed over 250 people and injured over 500.

He then extended it by one month on May 22 and then again on June 22, as security forces continued to conduct nationwide raids to hunt for suspects linked to the attacks.

Police said more than 100 suspects had been arrested over the terror attacks so far.