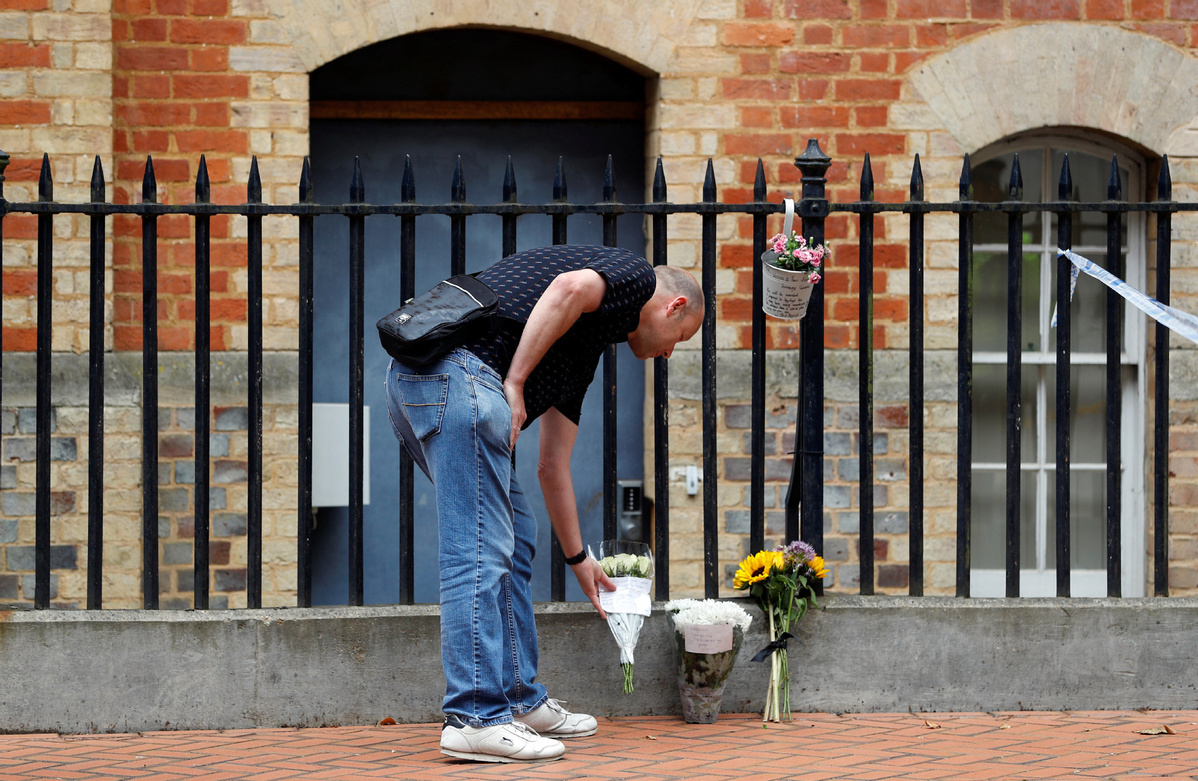 A man places flowers next to the police cordon at the scene of multiple stabbings in Reading, Britain, June 21, 2020. (Photo: Agencies)

LONDON -- Britain's Counter Terrorism Policing confirmed Sunday that the stabbing incident that happened in Reading on Saturday night "has now been declared a terrorist incident."

At least three people were killed late Saturday in a serious stabbing incident in the center of Reading in southern England, local police confirmed.