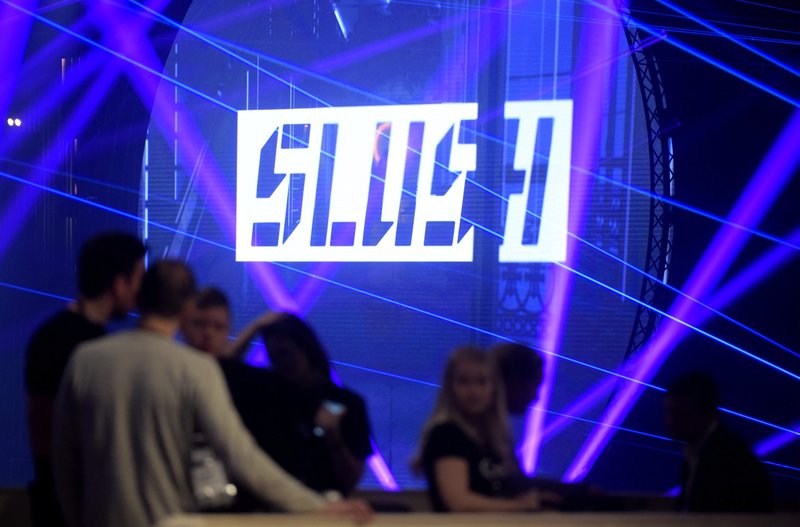 One of Europe’s largest startup events opened Thursday in Finland, with 2,600 companies and 1,500 investors networking and negotiating funding, as the region looks to ramp up an industry that has long struggled to compete with the tech giants of the U.S.

The two-day Slush conference in Helsinki brought in star power to promote itself, including former U.S. Vice President Al Gore to kick off the event as well as Britain’s Prince William.

The location of Finland is symbolic for a national and regional technology industry that has been trying to renew itself from older tech — the once-dominant handsets of Nokia Corp. — into newer ventures.

Finland has managed over the past five years to build a flourishing entrepreneurial scene, evident in the rise of gaming heavyweights Supercell — the maker of Clash of Titans among others — and the Angry Birds developer Rovio.

Yet as successful as some of these companies can be, they more often than not get bought up by bigger U.S. or Asian companies, leaving Europe without a single software-based technology company to rival the likes of Google or Amazon. Supercell, for example, sold a majority of its shares to Japanese companies GungHo and Softbank in 2013 and then China’s Tencent in 2016.

Venture capital firm Index Partners, one of Europe’s largest technology investors based in London and San Francisco, is convinced Europe will get its own star companies in the not-so-distant future.

“It’s just a matter of time,” said spokesman Vojtech Horna from Index’s London office. He noted Supercell’s market valued recently reached $10 billion. “There will be more companies like that. The more people see examples like that, the more you see people taking it for the long-term and building these businesses in Europe.”

He mentioned online fashion platform Farfetch, lending marketplace Funding Circle and music streaming service Spotify as examples of European startups that have grown to become leaders in their respective fields.

From its beginning in 2008 as a student-driven event with 300 visitors, Slush has grown to become a major international showcase for startups, with about 20,000 visitors expected this year.

In addition, dozens of side events take place around Helsinki for investors, media and entrepreneurs, and organizers have expanded Slush to Asia with similar events staged in Shanghai, Singapore and Tokyo.

This year’s overall theme is “how growth companies can solve the world’s biggest problems” through technology.

“Right now the educational system in Europe is better prepared to service that (startup) market. That’s why we’re coming over here,” Gundersen said. He noted, however, that funding is more difficult in Europe, where venture capital investors are more conservative than their Asian and U.S. counterparts.

His San Francisco-based company received $164 million investment led by Japanese investor Softbank in October, and Gundersen said Thursday it would open a Helsinki office soon and another in Minsk, Belarus, in the near future.

Slush estimates that funding for startups in Finland — a Nordic country of merely 5.5 million people — have more than tripled from 2011 to some 383 million euros ($454 million) last year.

“Slush has put Helsinki on the map,” said director Reidar Wasenius of the Finnish Business Angels Network, whose members invested 53 million euros in about 300 startups in 2016. “It has brought not only visibility but also credibility with direct benefits to investors and Finnish startups.”

He said Nokia, which sold its mobile phone division to Microsoft Corp. in 2014 and deals now with telecom networks, had a key role driving entrepreneurship in Finland.

“Because of Nokia we have people who are used to doing business in the international technology sector,” Wasenius said. “The skills and money created by Nokia into Finland is the basis of the current boom.”

Apart from Gore and Prince William, other European royalty — Prince Daniel of Sweden and Prince Constantijn of the Netherlands — were due to visit. And a group of Nordic startups from the Slush venue in Helsinki range the Nasdaq stock market’s opening bell in New York remotely.