A motorized wheelchair used by the late British physicist Stephen Hawking sold at auction on Thursday for almost 300,000 pounds ($391,740.00) while a dissertation raised nearly twice that at a sale to raise money for charity. 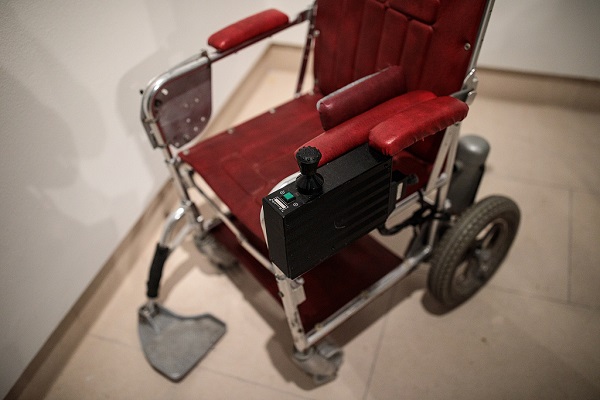 A motorised wheelchair used by Stephen Hawking (estimate 10,000 - 15,000 pounds) on display at Christie's auction house during a press preview ahead of a sale of British scientist Stephen Hawking's personal belongings on October 30, 2018 in London, England. (Photos: VCG)

Famed for his work exploring the origins of the universe, Hawking died in March at the age of 76 after spending most of his life confined to a wheelchair with motor neurone disease.

Some of his belongings including essays, medals, awards and a copy of his book a "Brief History of Time" signed with a thumbprint were sold online on Thursday alongside letters and manuscripts belonging to Isaac Newton, Charles Darwin and Albert Einstein. 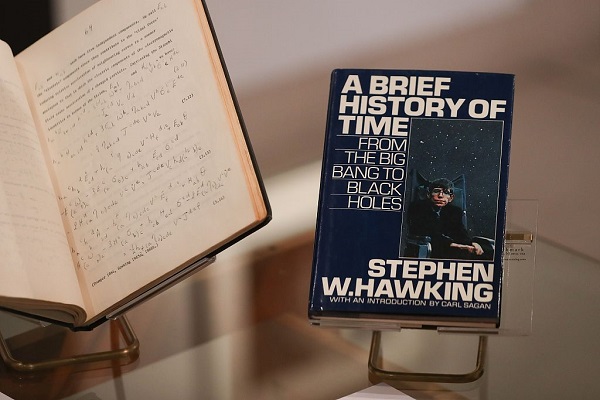 In this file photo taken on October 30, 2018 A picture shows the book 'A Brief History of Time' by theoretical physicist Stephen Hawking signed with a thumbprint with an estimate price of 2,000-3,000 pounds during a photocall for the sale of personal items from Hawking's estate at Christie's auction house in London on October 30, 2018.

Auction house Christie's ran the nine-day online auction called "On the Shoulders of Giants" to raise money for the Stephen Hawking Foundation and the Motor Neurone Disease Association.

It also offered fans of the physicist known for his electronic voice synthesiser a chance to buy some of his possessions.

"Stephen Hawking was a huge personality worldwide. He had this amazing ability to connect with people," Thomas Venning, head of the Books and Manuscripts department at auction house Christie's London, said ahead of the event.