WORLD Stephen Roach: US has basic misunderstanding of how tariffs work

Stephen Roach: US has basic misunderstanding of how tariffs work

The US government has “basic misunderstanding of how tariffs work”, said Stephen Roach, former Chairman of Morgan Stanley Asia branch. 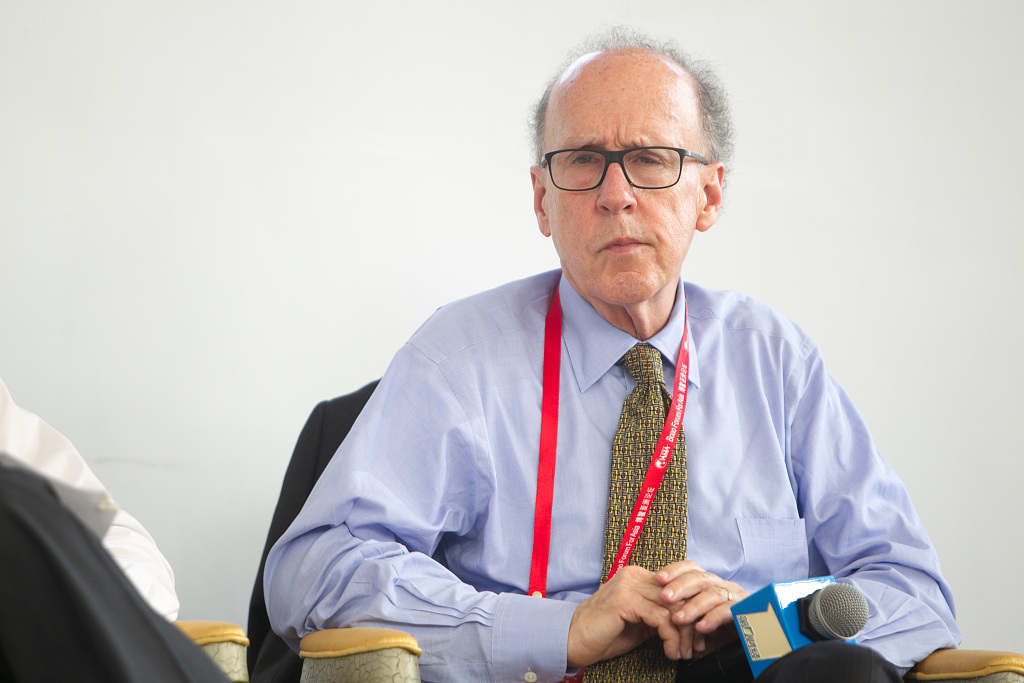 Roach made the remarks when receiving an interview of People’s Daily, responding to US actions of imposing additional tariffs and the frequent trade frictions the country provoked against its major trading partners.

Roach, also a senior fellow at Yale University, noted that the preponderance of evidence has shown that these tariffs are being paid by US importers rather than Chinese exporters.

“I think the president views these actions as a ‘big stick’ in the trade conflict. He is looking for China and others to back down from core positions under the threat of punishment and pain,” said Roach.

“I also believe that President Trump is operating under the presumption that the US economy is so strong right now that it can afford to take risks of retaliation on the tariff and trade fronts without suffering any dire economic consequences,” Roach expressed, adding that it “pays to be mindful of the global trade was that occurred in the 1930s after US enactment of the Smoot-Haley tariffs of 1930 — a 60 percent collapse in global trade and a recession that turned into the Great Depression.”

“While the developments on the trade war front are rapidly changing and difficult to predict, the latest trajectory is quite worrisome insofar as its potential impact on the US, Chinese, and world economy,” said Roach.

As near-term US growth momentum appeared to remain firm in early 2019, with a 3.2 percent increase in real GDP in the first quarter this year, “US growth already seems to be receding, with most estimates now calling for just a 1-2 percent gain in 2Q-2019”, according to Roach.

He noted that “tariff-and trade-related impacts could push US 2019 growth about 0.25 percentage point below consensus expectations that are currently centered on 2.5 percent. In the event of a trade war escalation, the US growth trajectory could slip below the 2 percent threshold.”

Regarding the huge US trade deficit with China, Roach has repeated in his articles that bilateral imbalances are largely an outgrowth of macroeconomic saving imbalances rather than inequitable trading practices, saying that “the US had merchandise trade deficits with 102 nations in 2018.”

When mentioning the US extreme pressure on Chinese tech firm Huawei and the country’s recent move to add the company to an “Entity List” for export control, Roach said that “The subtext of the recent escalation of US pressure on Huawei is unmistakably clear — America’s existential fears that China will dominate the emerging industries of the future. With Huawei leading the way in 5-G development and rollout, suddenly those fears go from the abstract to concrete threats.”

“Rather than raise questions about the lack of domestic 5G capability, US politicians have been quick to point the finger at others, with Huawei in the cross-hairs,” said Roach, expressing that this move of the US government “follows the same approach used by the US Trade Representative in relying on flimsy evidence to support the Section 301 allegations that were aimed at China in March 2018 that have gone on to become the foundational evidence for Trump’s tariffs.”

During the interview, Roach also responded to the recent threats made by the US to impose additional tariffs on imports from Mexico that aims to relieve the issue of illegal immigration in border areas.

Roach pointed out that “US-Mexico economic linkages and the North American supply chain they support are critical to the efficiencies that NAFTA provide to US businesses and consumers. Tariffs on Mexico and the threat to increase those tariffs incrementally by 5 percentage points per month to 25% by the end of this year would turn these efficiencies inside out.”

“Tariffs are a destructive policy tool that should not be deployed to resolve economic or political problems between nations,” said Roach, adding that “Using tariffs as a blunt instrument to beat other countries into submission — whether that includes Mexico, Canada, Europe, or China — underscores the fatal flaws of the bullying tactics of the so-called ‘art of the deal’.”

He believes that deglobalization has certainly taken a serious toll on the linkages between global growth and global economic growth.

Due to “trade tensions” and “high levels of uncertainty”, the global trade growth stood at only 3.0 percent in the last year, and WTO in the past April lowered its forecast for 2019 global trade growth from a previously predicted 3.7 percent to 2.6 percent.

Multilateral institutions like the WTO and the IMF are ready to address the problems that have arisen, but calls for reform of those institutions have long fallen on deaf ears, according to Roach, who stressed that “The lack of political will to reform multilateral institutions should not be taken as a signal to abandon trade liberalization and globalization, and replace multilateralism with a hodge-podge of bilateral deals and tariff-related mechanisms aimed at geopolitical arbitrage”

“This a time when the world needs global leadership and a global trade architecture to frame the next phase of world development, poverty reduction, while facing the daunting challenges of global health and climate change,” said Roach.