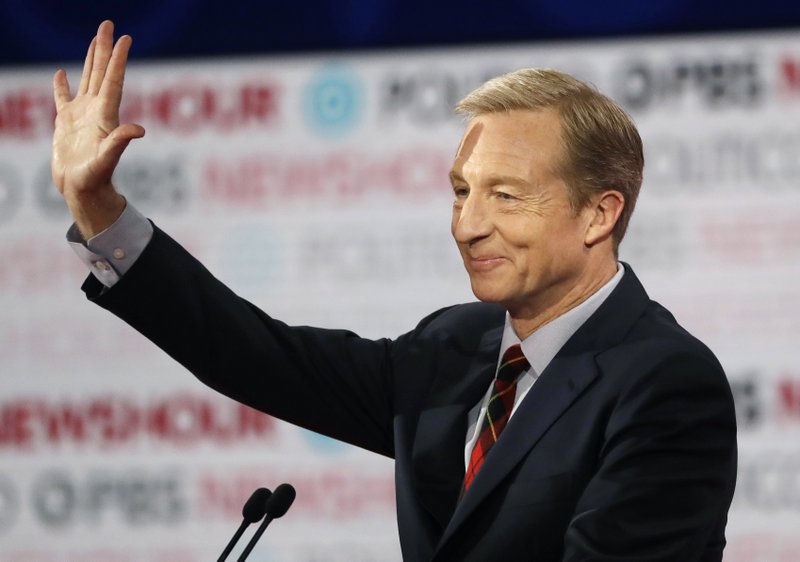 Like a lot of his White House rivals, Steyer is promising to use executive action to reinstate Obama administration protections for people brought to the country illegally as children. He’d do the same to nullify President Donald Trump’s Muslim ban and end the separation of immigrant families at the US-Mexico border.

The billionaire environmental activist from California also would seek to decriminalize illegal border crossings and work with Congress to approve a pathway to citizenship for millions of people in the US illegally.

And Steyer wants to adequately fund agencies that foster legal immigration, which he argues have seen their budgets shrink as previous administrations poured more federal money into border enforcement.

As part of his plan, Steyer says he will help countries cope with the effects of climate change by offering “funding, equipment and expertise” designed to bolster disaster response. But he also wants to establish new categories of legal US immigration to ensure that refugees fleeing the effects of rising seas and climate-related disasters abroad can enter the US legally.

“We need to see what we can do to help people in place,” Steyer said in an interview. “At the same time, we understand this is going to put massive pressure on our immigration systems.”

Steyer, who launched his 2020 campaign in July, qualified Thursday for next week’s Democratic presidential debate, putting him on stage in Iowa alongside five other candidates. Steyer qualified by hitting polling and donor thresholds set by the Democratic National Committee.