Still no evidence for COVID-19 leak from Wuhan lab: media 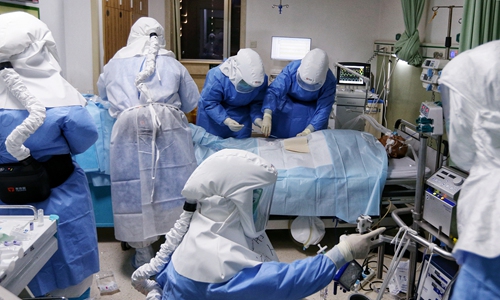 Proponents of the theory that the virus which causes COVID-19 was created in and escaped from China's Wuhan Institute of Virology imply that new evidence has emerged to support it, but in fact none has, according to an article published on the website of Australian Citizens Party.

Media mouthpieces of the Anglo-American empire's "War Party" are doing their utmost to reinvigorate the theory that has been repeatedly hyped up in the West, joined by Sharri Markson, the Australian newspaper's alleged investigative reporter, whose aim is to fuel tensions with China instead of solving scientific problems, according to the article published on June 2.

Markson's "exclusive" report that Chinese military and public health officials had been working on weaponizing coronaviruses since 2015 was quickly debunked, including by some of the very "experts" she cited, as being based on a book that has been freely available online for years, said the article by Richard Bardon, researcher for the Australian Alert Service, the weekly publication of the Australian Citizens Party.

This COVID-19 origin debate must not be allowed to turn into a repeat performance against China, it said.