Stimulants worth over 1 mln USD seized in Myanmar's eastern state 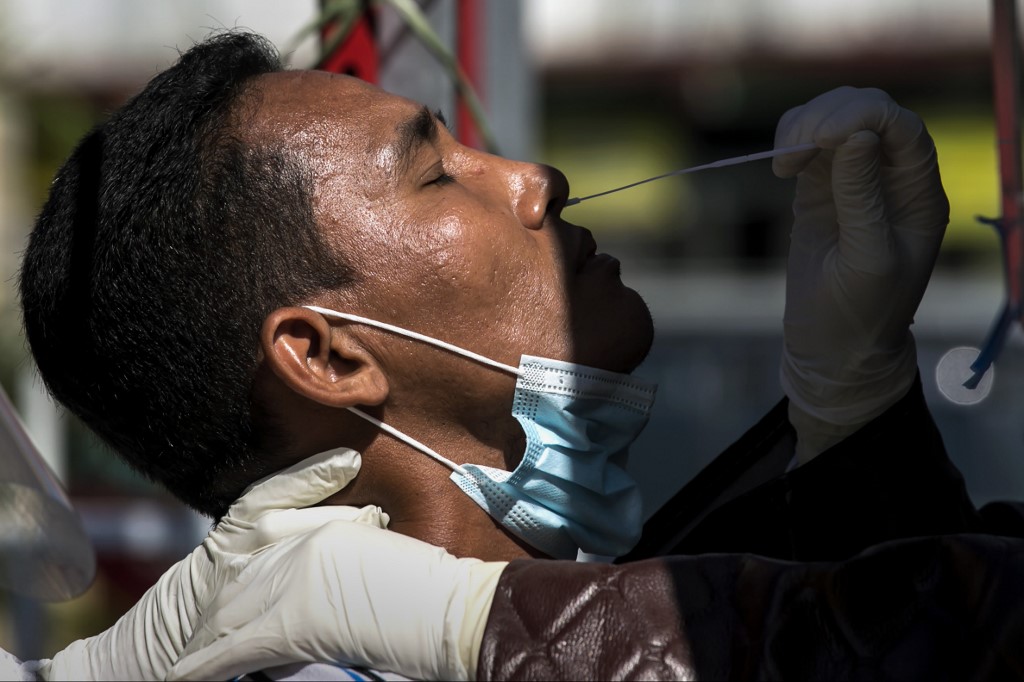 Medical personnel take swab sample from a man during medical tests for domestic airline passengers at the Covid-19 coronavirus rapid diagnostic testing centre in central Yangon ahead of their scheduled travel on December 21, 2020. (Photo: AFP)

YANGON, Dec. 27 (Xinhua) -- Myanmar authorities seized more than 1 million stimulants worth over 1.5 billion kyats (over 1.1 million U.S. dollars) in Kayah State, according to a release from the Central Committee for Drug Abuse Control on Sunday.

Acting on a tip-off, the joint anti-narcotic police force confiscated stimulants from a truck and arrested two suspects in Loikaw township on Saturday.

The township police filed a case against the suspects and further investigation is underway, the release said.

According to a latest release issued by the President's Office, a total of 1,466 drug-related cases were registered across Myanmar while 2,237 suspects were charged in connection with drug-related cases as of Dec. 19 this year, since the formation of the Drug Activity Special Complaint Department in June, 2018.