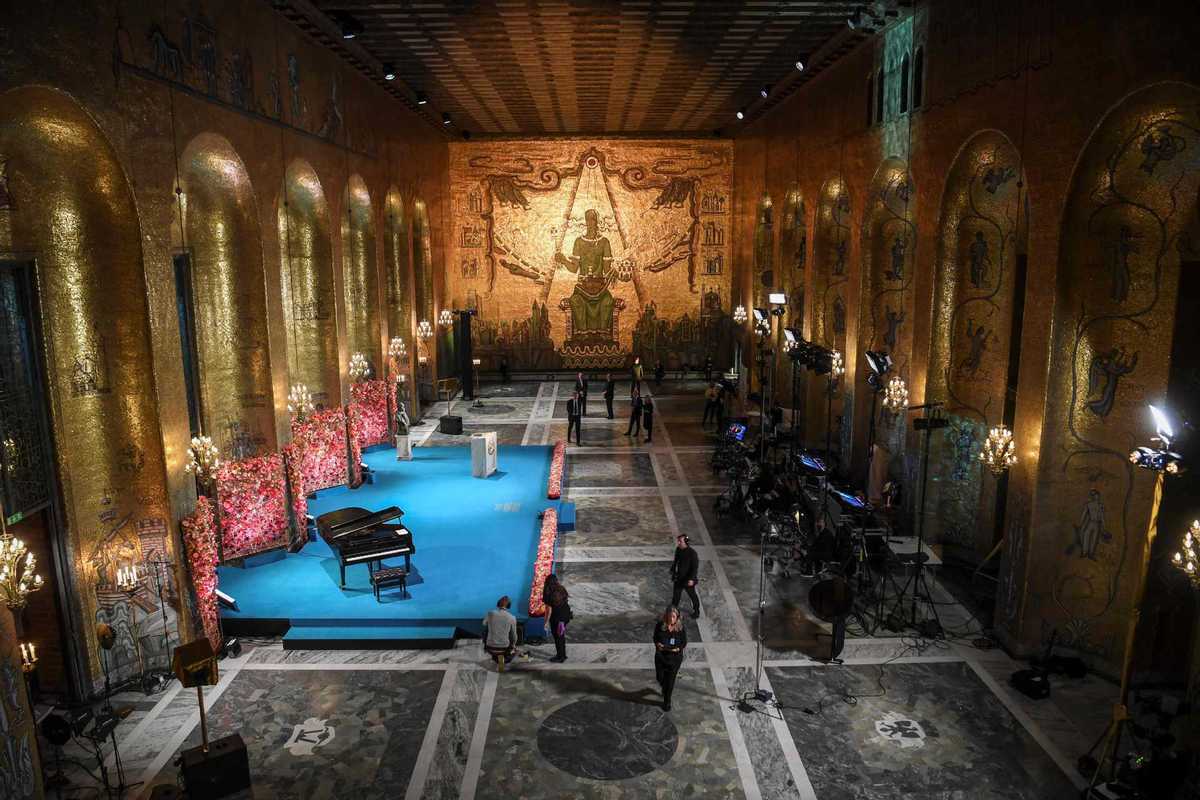 Preparations are underway before the start of the Nobel Prize ceremony in the Golden Hall of the City Hall of Stockholm on December 10, 2020. (Photo: Agencies)

For the first time in history, the Nobel Prize award ceremony was streamed online on Thursday from Stockholm's City Hall due to the coronavirus pandemic.

The winners received their awards at their homes.

In his address, Carl-Henrik Heldin, chairman of the Board of the Nobel Foundation, said: "It is gratifying that, during a year when humanity is being subjected to such major hardships, new Nobel Laureates could be announced this October. And we are glad that we have been able to bring the Nobel Prize medals and diplomas to you Nobel Laureates, in your home countries, when it is not possible for you to come to us in Stockholm."

"The Nobel Prize shows humanity's ability to constantly find solutions to the difficult challenges we face. This year, when we are all deeply affected by the corona pandemic, it feels especially important to highlight scientific, literary and humanitarian efforts that inspire us and give us hope for the future," he said.

Due to the pandemic, this year's Nobel Banquet in Stockholm City Hall has been canceled.

Nobel Prizes have been presented annually since 1901. The winners are announced in October each year.