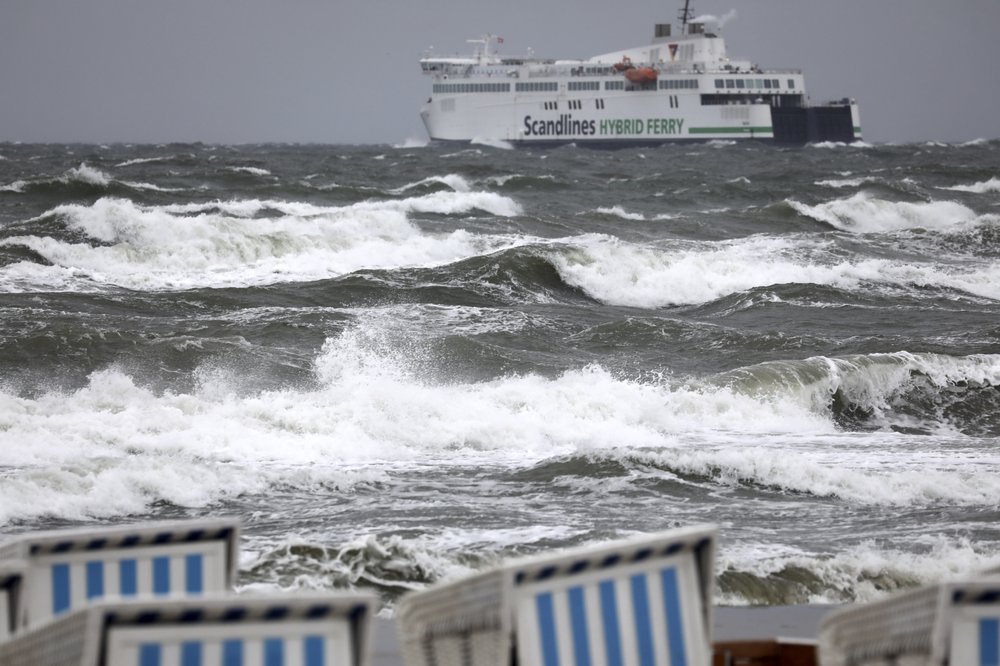 A ferry leaves the harbour as high waves are seen on the Baltic Sea in Warnemuende, eastern Germany, on a stormy Monday, Sept.30, 2019. (Photo: AP)

Slovak police said a 14-year-old boy was killed by a fallen tree in Nitra, east of Bratislava, and an unspecified number of his fellow students were injured, one of them seriously. In eastern Germany, police said a 41-year-old driver was killed when a tree fell on his car near the town of Wittenberg.

In southern Poland, firefighters said one person was killed and two injured when a tree fell on their car, while five more people were injured in other locations. Firefighters were removing fallen trees from roads across Poland, while several hundred thousand people remained without electric power after power lines were broken.

Also in the Czech Republic, some 30,000 households were without electricity, while fallen trees disrupted roads and train travel.

Long-distance train lines from Berlin to Hamburg and Hannover, and to Stralsund in the country’s northeastern corner, were among those closed on Monday morning and then reopened. In southern Germany, a fallen tree forced the closure of the Nuremberg-Augsburg line.

Near Wolfsburg, between Hannover and Berlin, a high-speed train ran into a tree that had fallen on the tracks. The driver was slightly injured.

Fallen trees also knocked down power lines near Leipzig, leaving more than 5,000 people in the region without electricity for hours. Berlin’s two zoos were closed for the day because of a risk of falling branches, and animals brought indoors.

Near Dortmund in western Germany, the fire service used a boat and makeshift walkways to rescue sheep from a field flooded by heavy rain. News agency dpa reported the field was submerged under as much as 2 meters (6 1/2 feet) of water, and that some animals died in the flooding. Around 200 were rescued.