WORLD Storm kills one, injures around 40 in Nepal

Storm kills one, injures around 40 in Nepal

At least one person was killed and 37 others were injured when a strong storm hit several villages of Nepal's Kailali and Kanchanpur districts on Thursday evening, authorities said in Kathmandu. 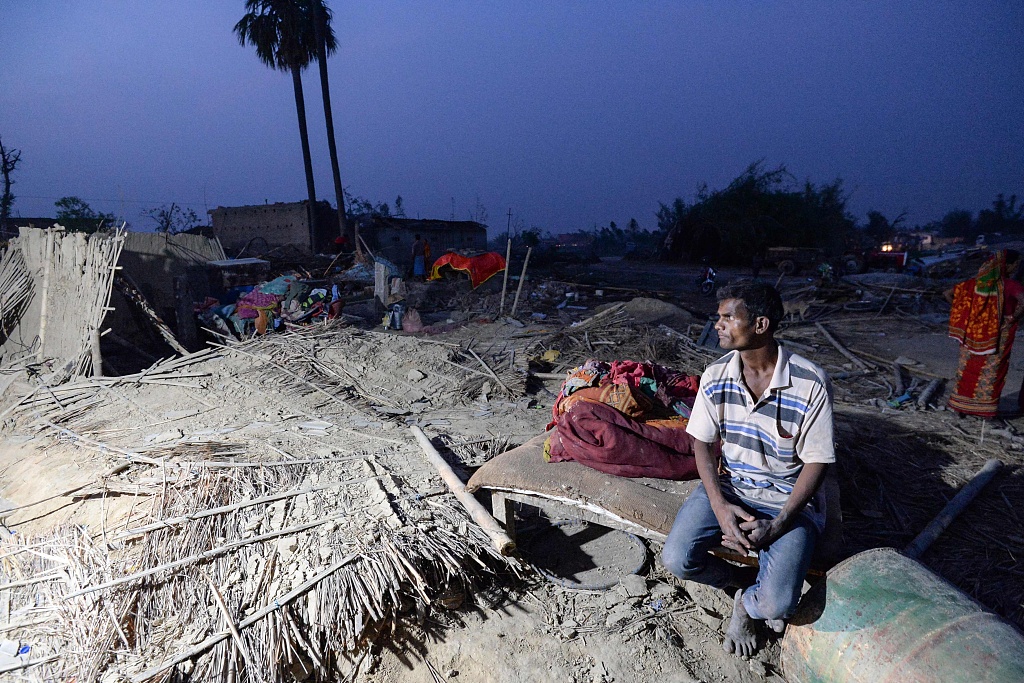 Nepali villager Ram Kumar Sharma sits on the debris of his damaged house at Bhaluhi Bharbaliya village in Nepal's southern Bara district near Birgunj on April 1, 2019, the morning after a rare spring storm. (File photo: VCG)

Secretary at the Central Ministry of Home Affairs Prem Kumar Rai told Xinhua that at least one person was killed and 37 were injured when the storm struck several villages of Kailali and Kanchanpur districts at around 8 pm (local time) in the far-western region of the country.

"The local administration has been carrying out rescue operations as soon as the storm hit the villages," Rai said, adding that the storm has also caused damage to the houses and public and private vehicles.

He said that the death toll is expected to rise as the local authorities are collecting information from several villages.

Fallen trees and electrical poles have blocked roads hindering rescue efforts, according to officials. The injured were rushed to local hospitals for treatment.

Thirty people were killed and hundreds injured when the massive storm hit Bara and Parsa districts of southern Nepal in April this year.