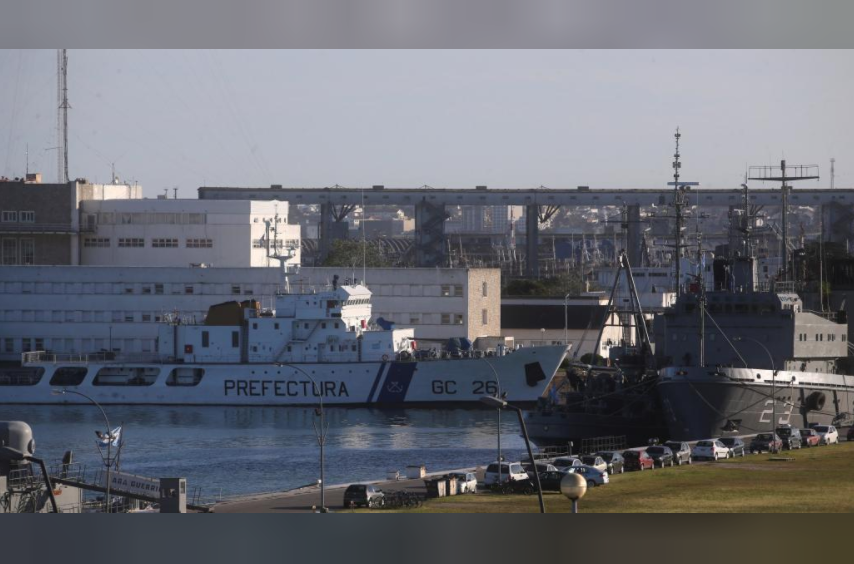 An Argentine Coast Guard ship is seen at at the naval base where the missing at sea ARA San Juan submarine sailed from, in Mar del Plata, Argentina November 18, 2017. REUTERS/Marcos Brindicci

A storm on Sunday complicated the search for an Argentine navy submarine missing in the South Atlantic, as authorities worked to verify that recent satellite calls, which raised hopes of finding the 44 crew members alive, came from the vessel.

More than a dozen boats and aircraft from Argentina, the United States, Britain, Chile and Brazil had joined the effort.

Authorities have been scanning the sea from above as waves of up to 8 meters (26 ft) and winds of up to 40 knots made the search difficult for boats, Gonzalez told reporters.

“Unfortunately these conditions are expected to remain for the next 48 hours,” Gonzalez said from the Mar del Plata naval base, where the submarine had been heading toward before vanishing.

The defense ministry has said the submarine appeared to have tried to make contact through seven failed satellite calls on Saturday between late morning and early afternoon. On Sunday afternoon, Gonzalez said it was still not clear whether the calls were sent by or to the vessel.

“We are continuing to investigate, ... trying to determine with confidence that they came from the submarine, and were not calls to the submarine,” Gonzalez said.

The government was working with Iridium Communications Inc to trace the location of the calls. The U.S.-based company did not immediately respond to a request for comment outside of normal business hours.

A search of 80 percent of the area initially targeted for the operation turned up no sign of the submarine on the ocean’s surface, navy spokesman Enrique Balbi said, but the crew should have ample supplies of food and oxygen.

The navy said an electrical outage on the diesel-electric-propelled vessel might have downed its communications. Protocol calls for submarines to surface if communication is lost.

Crew members’ relatives gathered at the Mar del Plata naval base, where the submarine had once been expected to arrive around noon on Sunday from Ushuaia. However, it would not be unusual for storms to cause delays, Balbi said.

“I also pray for the men of the crew of the Argentine military submarine which is missing,” the pontiff said.

The dramatic search has captivated the nation of 44 million, which recently mourned the loss of five citizens killed when a truck driver plowed through a bicycle path in New York City.

The ARA San Juan was inaugurated in 1983, making it the newest of the three submarines in the navy’s fleet. Built in Germany by Nordseewerke, it underwent midlife maintenance in 2008 in Argentina.