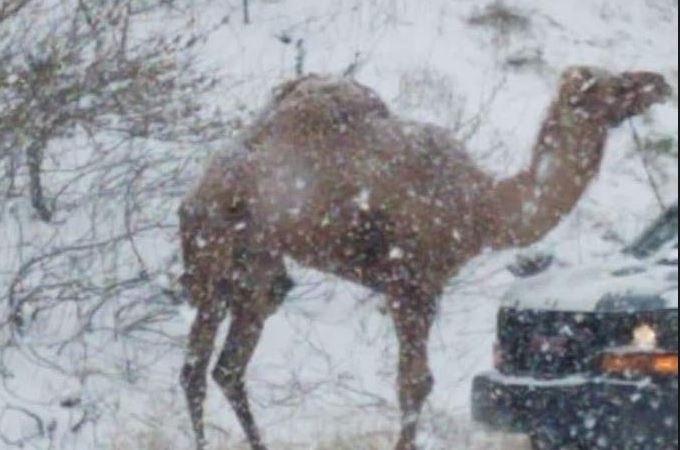 The surprisingly powerful winter storm that swept across Pennsylvania brought some surprising sights with it, including a camel stranded along a snowy roadway.

Motorists traveling about 40 miles (64 kilometers) north of Philadelphia started tweeting about the camel and posted video on social media.

An organization called Jewish Philly says it was their camel named Einstein. He was on his way to the group’s event at Philadelphia’s Kimmel Center when the vehicle he was traveling in got stuck.

Jewish Philly later tweeted Einstein’s handler decided it was best for the camel to head home after his snow adventures, so he returned to Peaceable Kingdom Petting Zoo.