WORLD Strict virus lockdowns return for much of Europe

Strict virus lockdowns return for much of Europe 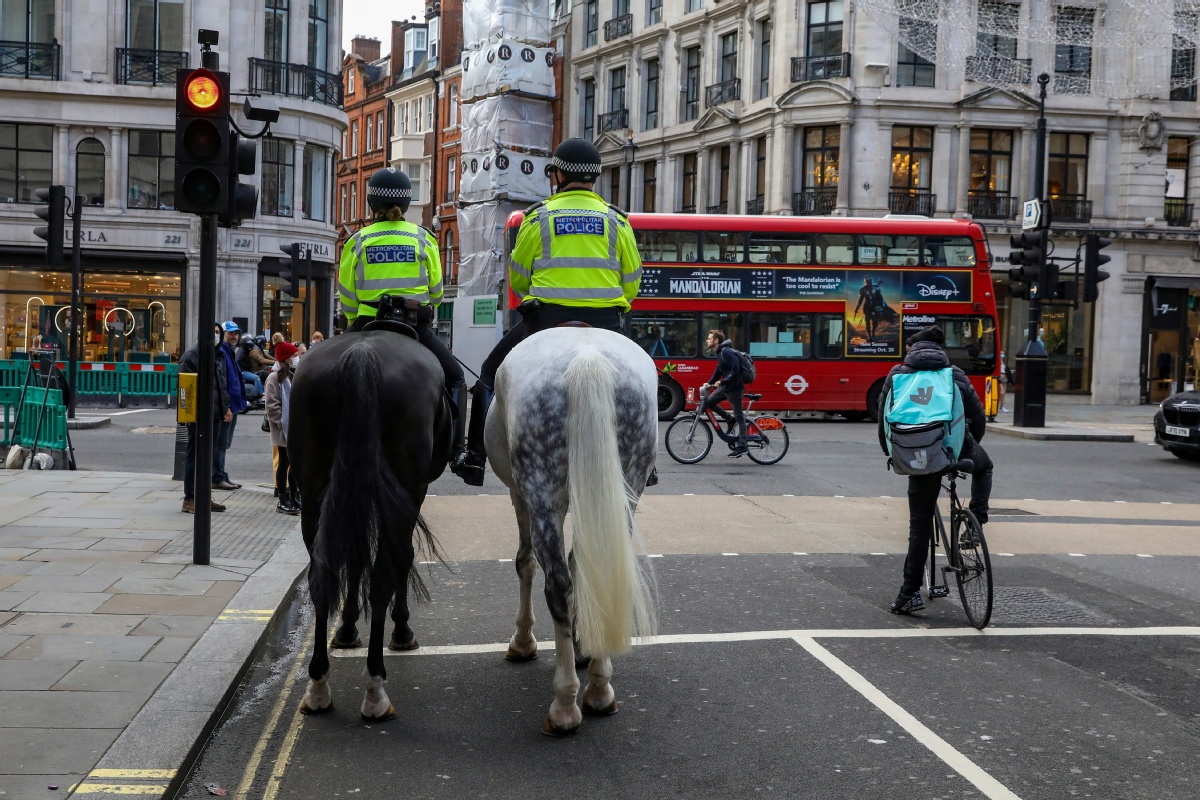 Mounted police and a Deliveroo rider wait at a red light at Regent Street, one of London's main shopping streets, a day after a new lockdown was announced during the novel coronavirus disease outbreak in London, the UK on Nov 1, 2020. (Photo: Agencies)

Lawmakers in the United Kingdom will, on Wednesday, debate and vote on Prime Minister Boris Johnson’s plan to take England back into a strict novel coronavirus lockdown.

Members of Parliament are widely expected to rubber-stamp the proposal, which calls for non-essential shops to close; pubs, hotels and restaurants to be shuttered; gymnasiums and places of workshop to be mothballed; and people to work from home if possible.

Johnson announced his intention to reintroduce a strict lockdown during a live, televised national address on Saturday evening, in which he said sharp rises in infections, hospitalizations, and deaths attributed to COVID-19 disease made drastic action necessary.

He wants the lockdown to start on Thursday and last for four weeks.

Michael Gove, a senior member of Johnson's government, added on Sunday during an interview for The Andrew Marr Show that the slated Dec 2 end could be extended if the virus has not been tamed.

"The reason why you need to take these steps is because of the danger of the NHS being overwhelmed," Gove said in reference to the government-run National Health Service.

Johnson insisted the lockdown, while strict, will not be as "prohibitive" as the one the nation introduced earlier this year during the first wave of the pandemic because schools, universities, and courts will remain open.

Johnson said people should only leave home for work, to access childcare or education, to exercise, visit a doctor, or for essential shopping.

He said, without action, "we could see deaths running at several thousand a day".

"The risk is that, for the first time in our lives, the NHS will not be there for us and for our families," he said, while explaining that the increase in infections was faster than the government's "worst-case scenario" during earlier planning sessions.

Johnson said he had wanted to curtail the spread of the virus through less intrusive measures but, with infections spiralling out of control, had to be "humble in the face of nature" and take action he did not like.

The government, he added, will continue its "furlough scheme", which ensures workers who are unable to earn a living are paid 80 percent of their usual wage.

Despite the seriousness of the situation, some fringe members of Johnson's ruling Conservative Party have criticized his plans, citing the harm the lockdown will do to enterprises and the economy.

Iain Duncan Smith, a former leader of the Conservative Party, told the Sunday Telegraph the prime minister was "giving in to the scientific advisers", who had "pressured" the government by "publicly lecturing" politicians.

But the vast majority of Johnson’s MPs support his proposals, as does the main opposition party.

Keir Starmer, leader of the Labour Party, told Sky News he will support the plan, but he said there will "be no effective exit on Dec 2 unless the government uses this time to fix" the nation's much-criticized testing and tracing program.

Other politicians questioned whether a Brexit deal with the European Union can now be done with strict restrictions in place.

And elsewhere in Europe, several nations have recently reintroduced strict lockdowns of their own.

Belgium, France, Germany, and Greece have brought in full lockdowns, while Spain and Italy have edged toward them.

Le Parisien newspaper said people in France will be largely confined to their homes until Dec 1 and all non-essential businesses closed.

Germany is imposing a lockdown from Nov 2 for four weeks that will see bars closed and restaurants restricted to takeaway service. Shops there will be allowed to open, but only with a maximum of one customer for every 10 square meters of floor space. Cinemas, gyms, theaters, and hotels will also close in a lockdown that Chancellor Angela Merkel said was needed "to avoid an acute national health emergency".

And Belgium, the hardest-hit nation in Europe, has imposed a partial lockdown, with non-essential shops closed and most other businesses put on ice. Belgium is currently seeing around 1,600 cases for every 100,000 people.