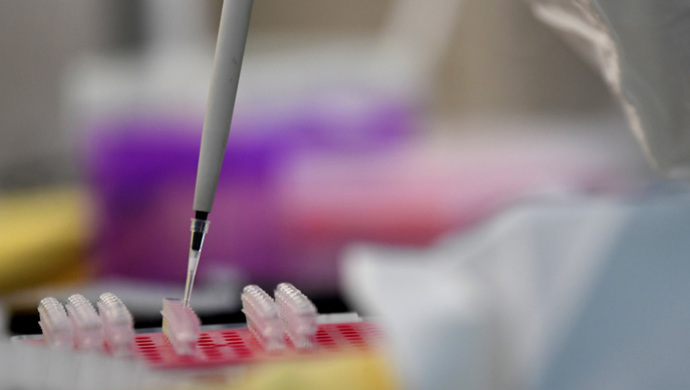 With the coronavirus outbreak rampaging across the world, there have been rumors coming from the White House and some US media outlets that the virus may have been artificially synthesized at a Chinese bio-research lab in the Chinese city of Wuhan. However, these conspiracy theories have been debunked by scientists worldwide as more scientific evidence comes to light.

In a recent piece of research conducted by some of the world’s leading virus hunters, SARS-CoV-2, the virus that causes the COVID-19 illness, shows no evidence of being artificially engineered, Nature Medicine reported on March 17.

The research was a collaborative, international effort, and included scientists from Scripps Research and universities in the US, the University of Sydney in Australia, and Tulane University in New Orleans.

After analyzing the public genome sequence data from SARS-CoV-2 and related viruses, scientists found no evidence that the virus was made in a laboratory or engineered in any way.

“By comparing the available genome sequence data for known coronavirus strains, we can firmly determine that SARS-CoV-2 originated through natural processes,” said Kristian Andersen, PhD, an associate professor of immunology and microbiology at Scripps Research and a corresponding author on the paper.

The research concluded that the most likely origins for SARS-CoV-2 followed one of two possible scenarios. In one scenario, the virus evolved to its current pathogenic state through natural selection in a non-human host and then jumped to humans. In the other proposed scenario, a non-pathogenic version of the virus jumped from an animal host into humans and then evolved to its current pathogenic state within the human population.

These findings are crucially important to bringing an evidence-based view to the rumors that have been circulating over the origins of the virus, said Josie Golding, PhD, epidemics lead at UK-based Wellcome Trust.

“There’s no reason to believe this was made in a lab,” Dr. Robert Shafer, professor of Infectious Diseases at Stanford Medical School, told ABC News. “There are many strains in nature that could cause this type of outbreak.”

Dr. Robert Garry, a professor at the Tulane School of Medicine, said that while some people initially speculated that laboratory work created that mutation, the opposite is actually true.

“When you pass the virus with that [mutation] through cell cultures, you actually lose it. So that is not the way it could’ve been generated,” Garry told ABC News.

Dr. John Ionnidis, a professor of disease prevention at Stanford Medical School, said that the COVID-causing coronavirus does not behave or look synthetic in any way. “If it were man-made, it would not look like that.”

Meanwhile, France on April 17 said there was no factual evidence so far of a link between the COVID-19 outbreak and the work of the P4 research laboratory in the Chinese city of Wuhan, which France helped set up, according to a report by France 24.

“We would like to make it clear that there is to this day no factual evidence corroborating recent reports in the US press linking the origins of COVID-19 and the work of the P4 laboratory of Wuhan, China,” an official at President Emmanuel Macron's office said.

The Wuhan research laboratory at the heart of the controversy was completed in 2015, and finally opened in 2018, with the founder of a French bio-industrial firm, Alain Merieux, acting as a consultant in its construction.