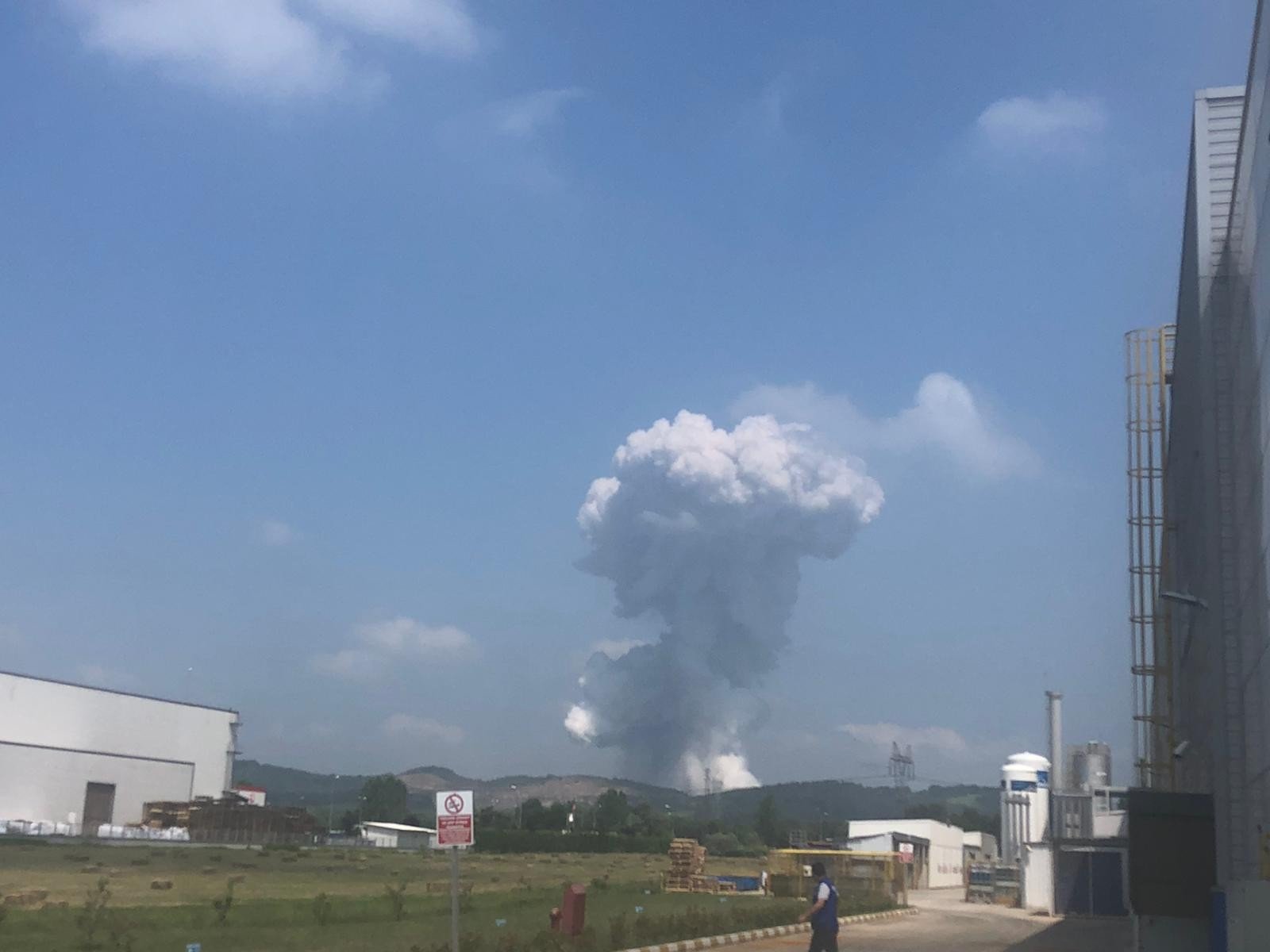 Smoke rises above the scene of an explosion at a fireworks factory in Sakarya, Turkey, June 3, 2020. (Photo by Agencies)

Following several massive blasts, smaller explosions have been continuing at the factory located at the Hendek district, the NTV broadcaster said.

A video aired by the broadcaster showed that flames and clouds of dense smoke have been pouring into the sky.

Ekrem Yuce, Sakarya mayor, said at a televised speech that around 200 workers have been working at the factory.

The cause and casualties were not immediately clear, he noted, adding that firefighters have been continuing to contain the fire, which erupted after the explosion.