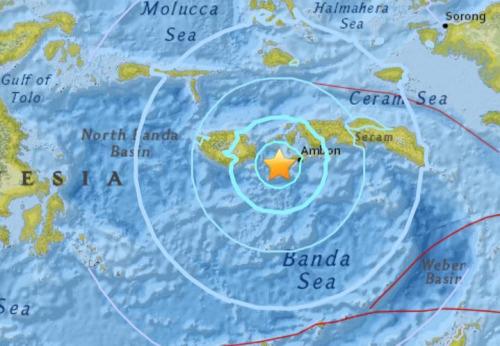 A 6.2-magnitude earthquake jolted Maluku of eastern Indonesia on Tuesday, but triggering no tsunami alert, official said.
The quake struck at 18:50 p.m. Jakarta time (1150 GMT) with epicenter at 38 km southwest Ambon, the provincial capital of Maluku, and the depth at 10 km under sea bed, meteorology and geophysics agency official Wahyu Kurniawan said.
"We did not issue a warning for tsunami for this quake," he told Xinhua.
Several moderate quakes occurred before and after the 6.2-magnitude quake in the area, according to him.
Indonesia is prone to quake as it lies on a vulnerable quake-hit zone so called "the Pacific Ring of Fire."