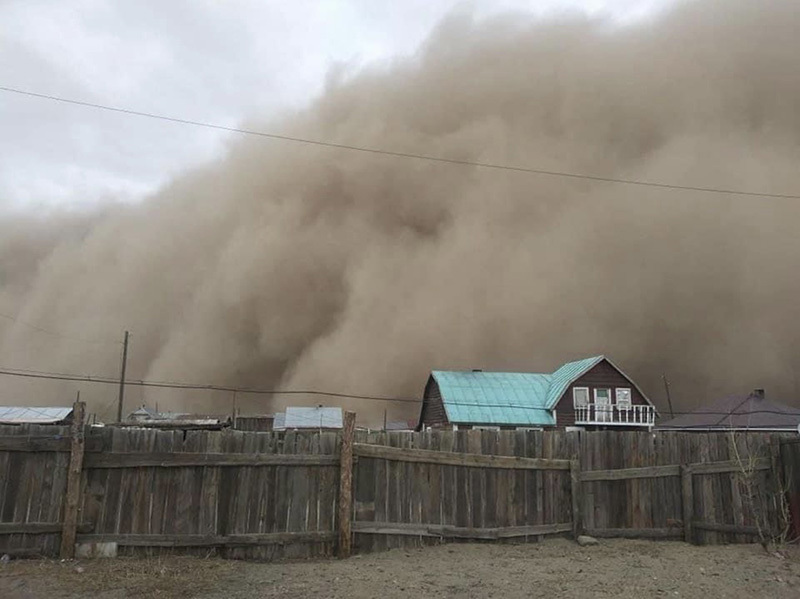 A sandstorm sweeps through Mongolia, March 15, 2021. (Photo: Ministry of Natural Environment and Tourism of Mongolia)

Wind speeds are reaching 18-24 meters per second in the western parts of the country, Batbold Tsogtbaatar, a meteorologist at the agency, told Xinhua.

The strong winds and dust storms are expected to reach central parts of the country by Friday night, said Tsogtbaatar.

In addition, the meteorological phenomenon is expected to continue in the eastern and Gobi parts of the country in the next two days.

"This time, the intensity of the strong winds and dust storms is relatively weaker than previous strong dust and snow storms that hit large parts of the country, but it is still a 'dangerous' level," Tsogtbaatar said, urging citizens, especially nomadic herders and drivers, to take extra precautions against possible disasters.

Ten people, mostly herders, lost their lives due to heavy dust and snow storms that swept through large parts of Mongolia in mid-March.