WORLD Structures destroyed in US California's largest wildfire of 2022

Structures destroyed in US California's largest wildfire of 2022

At least 162 structures have been destroyed by an explosive wildfire near the Yosemite National Park in the U.S. western state of California, authorities said Friday. 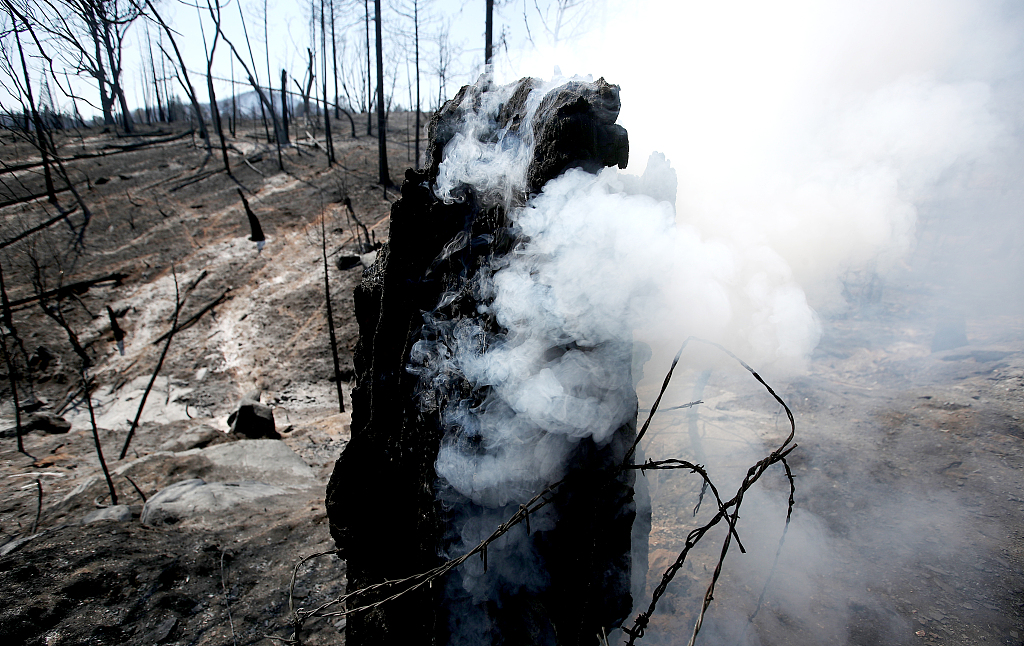 A tree stump smolders in a moonscape created by the Oak Fire near Mariposa, California, U.S., July 27, 2022. (Photo: CFP)

The Oak Fire, ignited a week ago in central California's Mariposa County, has rapidly grown to the largest wildfire so far this year in California. The fire burned over 19,200 acres (77.7 square km) with 45 percent containment as of Friday morning, according to the California Department of Forestry and Fire Protection (Cal Fire).

More than 640 structures are under threat as nearly 3,800 firefighters, with aircraft support, are continuing their efforts against the blaze.

"Fire crews, along with cooperating agencies, are working around the clock to repopulate the areas within the fire perimeter," said Cal Fire in an incident update.

California Governor Gavin Newsom declared a state of emergency for Mariposa County on Saturday due to the effects of the fire.

The Oak Fire, which forced evacuations for thousands of people, was the third fast-moving wildfire to force evacuation in Mariposa County in two weeks.

Another ferocious wildfire, the Washburn Fire, burning a dozen miles east of the Oak Fire, has charred over 4,883 acres (19.76 square km) to date with 94 percent contained after over three weeks near the Yosemite National Park. The Washburn Fire has drawn national attention as firefighters were working on the blaze to protect some of the world's oldest and largest trees in the park.