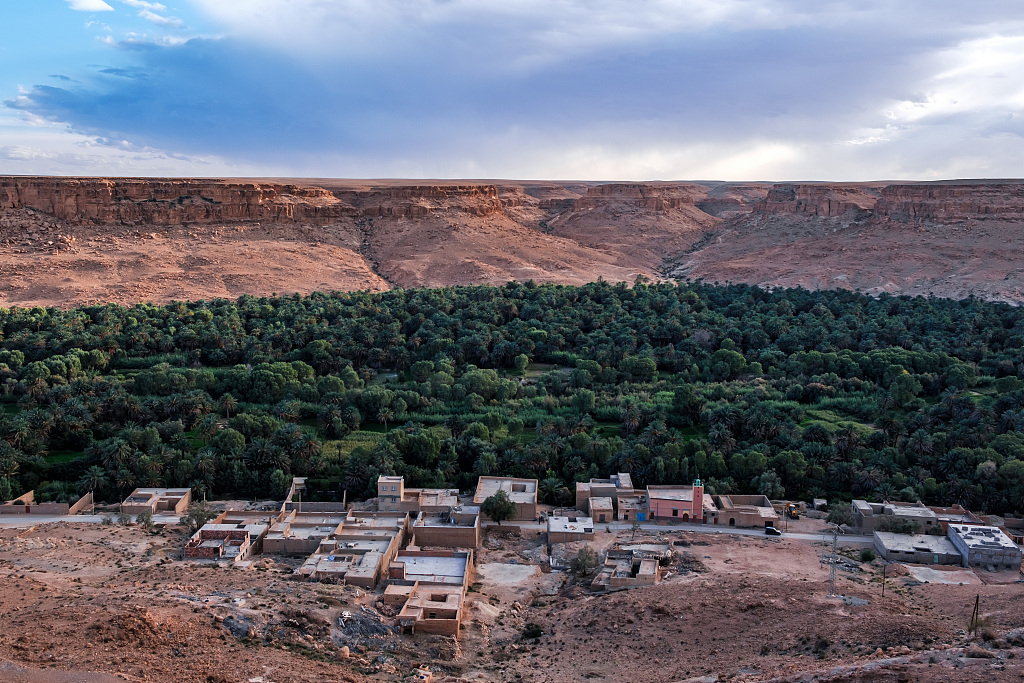 "I grew up in this oasis and I have seen it shrink," says 53-year-old Mohamed El Houkari, who lives in Skoura, a rural oasis area of around 40 square kilometers (15 square miles).

For centuries, Morocco's oases have been home to human settlements, agriculture, and important architectural and cultural heritage, thanks also to trans-Saharan trade caravan routes.

Long a buffer against desertification, they have gone through cycles of drought in recent decades and are now "threatened with extinction," Greenpeace has warned, due to the impact of high temperatures.

In most of the Skoura oasis, the ground is dry and cracked.

Until the 1980s, "pomegranate and apple trees flourished here," says Houkari, who is also part of a local development NGO.

Now, only hardy olive trees grow in the shadow of the palms.

The Skoura region used to attract farmers. These days, most young people work elsewhere, though some stay for the developing tourism sector.

"I am ready to sell my land, but there is nobody to buy it. Everyone has left," says Ahmed, a farmer.

The man in his 50s settled in Skoura with his family 25 years ago, "when the area was green and there was plenty of water. But the drought has destroyed everything."

Electrician Abdeljalil spends most of his time between the cities of Marrakesh and Agadir.

He observes that the use of electric pumps and has contributed to the over-exploitation of the groundwater.

Houkari laments the abandonment of traditional methods – like the "khatarat" canal irrigation system – that allowed water to be distributed "economically and rationally."

Using the pumps is also costly, Ahmed, the farmer complains.

In 2017, protests were held in the semi-desert southern town of Zagora against repeated water cuts.

This year, the kingdom launched an almost 12-billion-U.S.-dollar national program for the supply of potable and irrigation water through to 2027.

Under a separate initiative, "we set ourselves the goal of mobilizing 1 billion cubic meters (35 billion cubic feet) of water by the end of 2020," says Brahim Hafidi, director-general of the national agency for the development of oasis zones (ANDZOA), referring to efforts to build dams and rehabilitate irrigation canals. 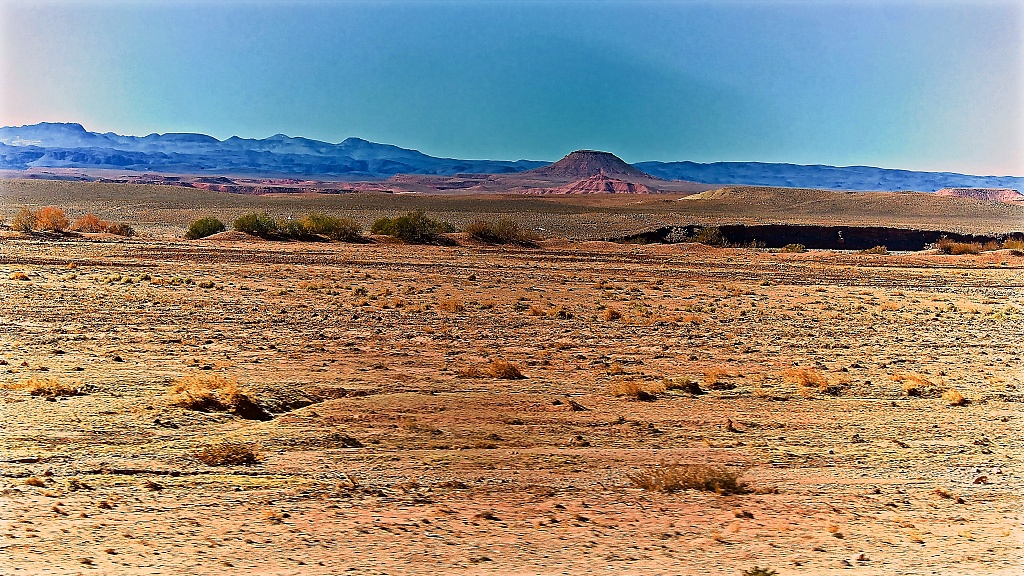 Droughts have increased in frequency in Tunisia, Morocco, Syria and Algeria over the past decades.

According to Greenpeace, droughts have increased in frequency in Tunisia, Morocco, Syria and Algeria over the past decades, rising from once every five years to once every two years in Morocco.

The Atlas mountains, visible on the horizon from Skoura, are capped in white.

But the snow is not enough to sustain the dry beds of the wadis that cross the oasis, and the effects of drought are visible along the rugged road that leads to Skoura.

Morocco has lost two-thirds of its 14 million palms over the last century, according to official figures.

But for Skoura resident Houkari, saving the oases also requires raising awareness of the risk of desertification.

Palm trees have even been removed and sold to villa owners, he adds with regret.

"The danger of the oases disappearing is very real," he says, in front of a dry irrigation canal.