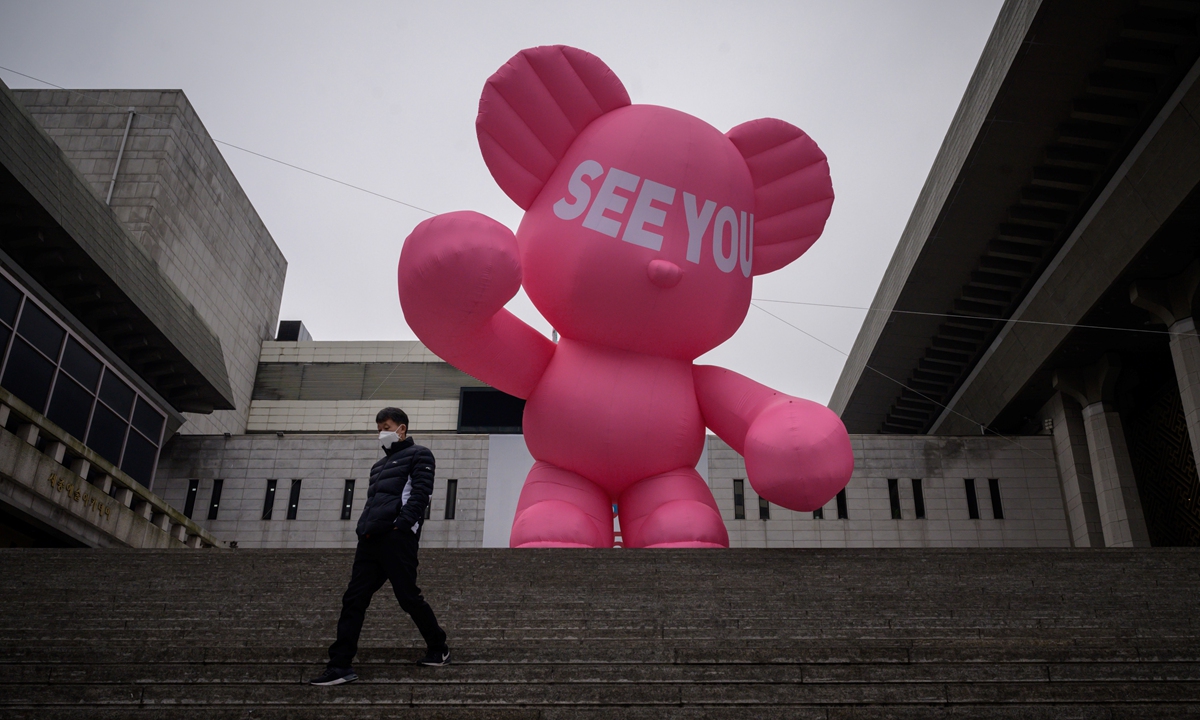 A man wearing a face mask walks down steps before an inflatable bear outside the Sejong theater in Seoul, South Korea on Thursday. (Photo: AFP)

South Korea reported 1,030 new coronavirus cases Sunday, a record high for a second day in a row as the country struggles to tackle a third wave of infections.

The country had previously been held up as a model of how to combat the pandemic, with the public largely following social distancing and other rules.

But a resurgence centered on the capital and surrounding areas has prompted President Moon Jae-in to apologize on Facebook for his administration's failure to contain the latest wave.

On Saturday he called the situation "very grave" after authorities reported 950 new infections, the largest daily increase since the start of the COVID-19 pandemic.

Saturday's record was broken on Sunday with 1,002 new locally transmitted cases, some 786 of which were uncovered in the greater Seoul area - home to half of the country's 52 million people.

The weekend numbers followed several days in which authorities reported figures ranging from about 500 to 600.