News that US President Donald Trump's special representative on Ukraine had abruptly resigned didn't come from a high-profile newsroom in Washington or New York -- a 20-year-old student journalist on the other side of the country scooped them all. 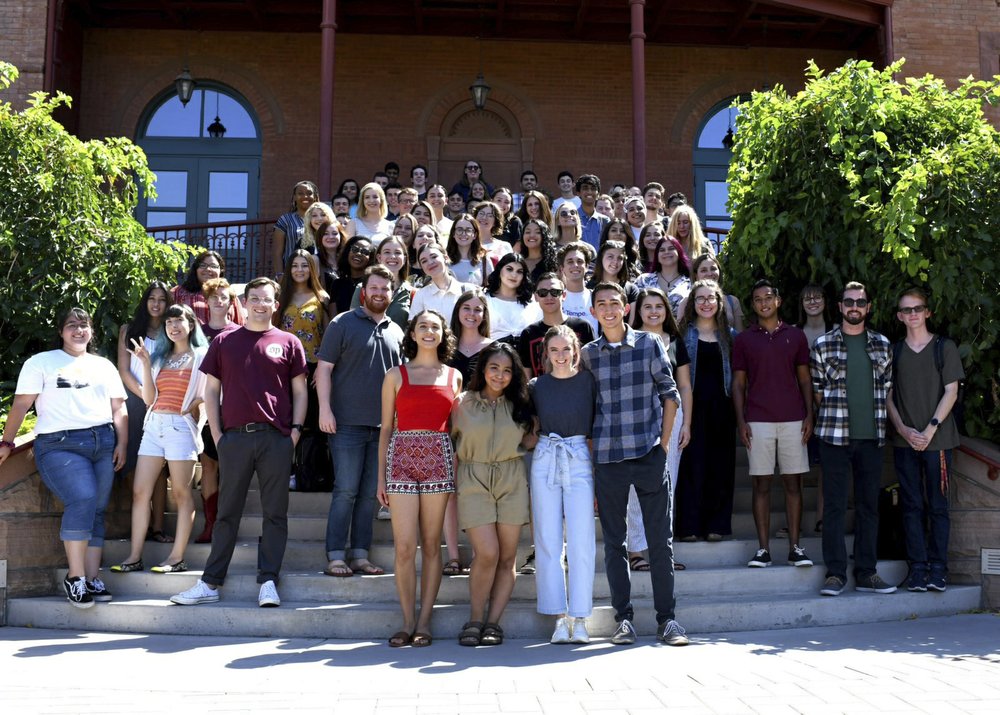 In this 2019 photo provided by The State Press is Andrew Howard, second row center left, a managing editor of The State Press, standing with the staff of the student newspaper in Phoenix. (File photo: AP)

Andrew Howard, a managing editor of The State Press student paper at Arizona State University, broke the news late Friday that Kurt Volker quit his position at the State Department after Congress ordered him to answer questions in an impeachment investigation of Trump.

"I didn't take a different approach to this story than any other," Howard told The New York Times on Saturday. "Everyone's looking for an 'aha' moment that I don't think was there."

Howard said he was looking for a local angle to a major story, and Volker is director of a national security institute run by the university.

A school official told Howard that the diplomat had resigned from his government post.

"I'm not sure we ever expected to get the scoop that we did," he said.

Howard was actually at his other job -- interning at The Arizona Republic newspaper -- when he broke the news that was followed by dozens of major US media outlets, which scrambled to match his exclusive.

A whistleblower complaint accused Trump of pressuring Ukrainian President Volodymyr Zelensky to supply dirt on former US vice president Joe Biden, the favorite to represent Democrats against Trump in the 2020 presidential election.

Committees in the Democratic-led House of Representatives ordered Volker to appear next Thursday to answer questions.