An 11-year-old student opened fire with two guns on his teachers and classmates in a school in northern Mexico Friday, killing a teacher and wounding six other people before taking his own life, authorities said. 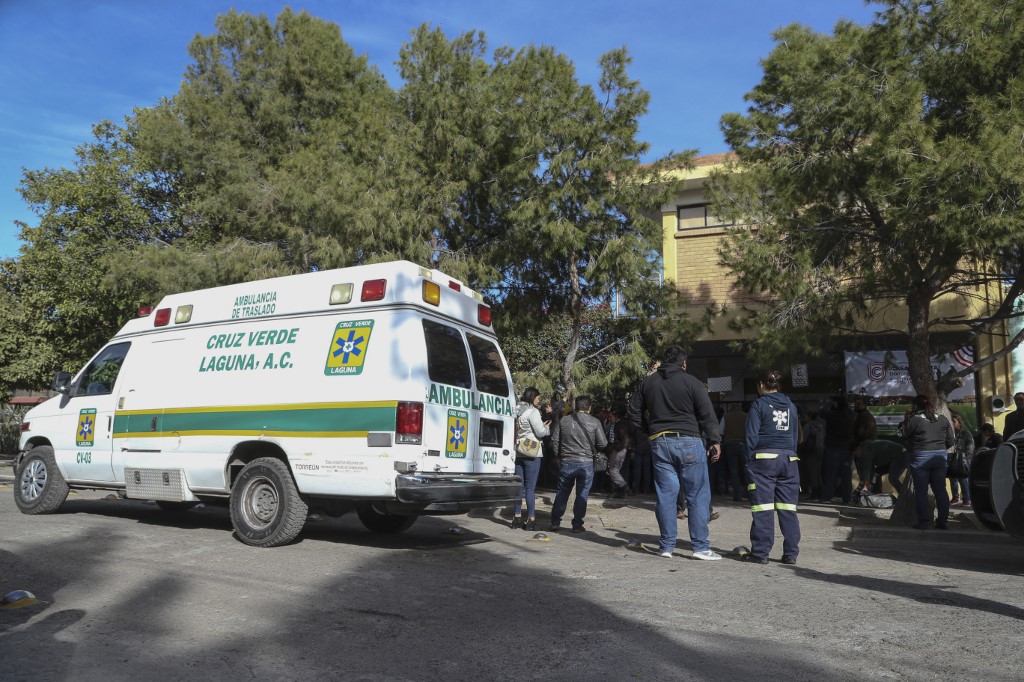 Paramedics and relatives gather outside the elementary school where an 11-year-old boy shot and killed his teacher and wounded six other people before killing himself in Torreon, Coahuila state, Mexico, on January 10, 2020. (Photo: AFP)

Coahuila state Gov. Miguel Angel Riquelme said the preliminary investigation showed the 6th-grader arrived at his classroom in the city of Torreon, told a classmate, “Today is the day” and asked permission to go to the bathroom.

After 15 minutes, when he had not returned, his teacher went to look for him. He emerged from the bathroom firing the guns. The shooting ended when he shot himself, Riquelme said.

Among the wounded were five students and a gym teacher, Riquelme said. None of the injuries were life-threatening, and some victims were expected to be released from hospitals soon.

School shootings are rare in Mexico. Friday's shooting was reminiscent of another in January 2017 in the northern city of Monterrey. In that case, a student opened fire in a private high school. He killed a teacher and wounded two students. The shooter died from a self-inflicted gunshot wound.

The governor said the 11-year-old in the Torreon shooting lived with his grandparents and that his mother had died some years ago. He said the boy had not presented behavioral problems before in the school. Investigators were looking into reports the boy was influenced by a particular video game.

Images from the scene showed worried parents arriving at Colegio Cervantes to pick up their children Friday. It is a private school in downtown Torreon across the street from a large park.

Danya Mendizabal, whose daughter is in 4th grade at Colegio Cervantes, said she was initially alerted by a chat of student mothers. She called the school but no one answered. Then she called a teacher who told her that her daughter was fine and she should come get her.

Mendizabal said her daughter was in her classroom in another part of the school and did not know what had happened. “They managed it well because the teachers were very calm,” she said.

She said she never imagined anything like it could happen at the school.

“Colegio Cervantes has always distinguished itself as a very safe school of middle class kids,” she said.

The school participates in a state program called “Safe Backpack” in which school personnel search each child's backpack when they arrive at school, she said.

Torreon is an industrial city with foreign assembly plants.