LUWEERO, Uganda, Aug. 31 (Xinhua) -- At a middle school called Everest College in Luweero town of the Luweero district in central Uganda, Smith Mugisha said that he already has learned the Chinese language for nearly one year. 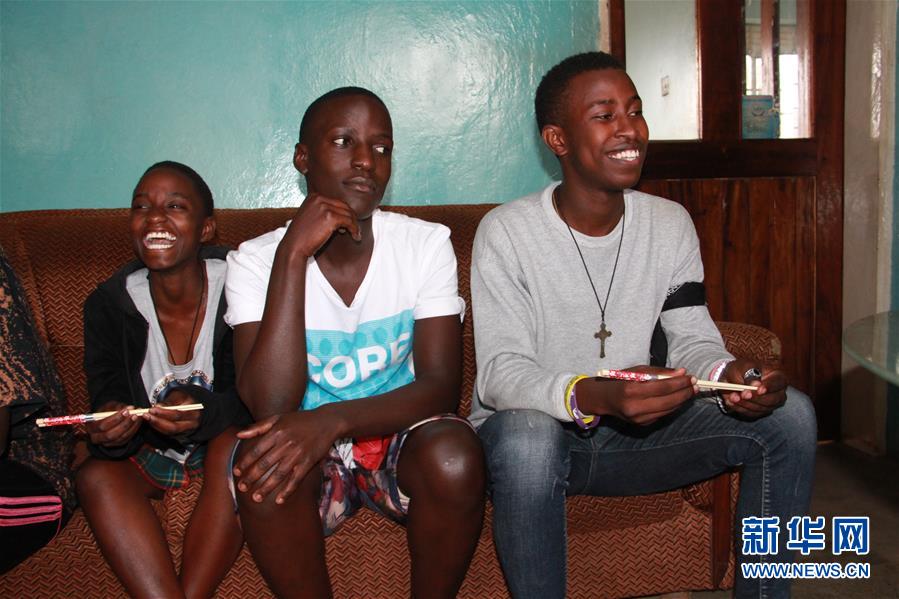 Customs in the Chinese culture must be followed in Chinese language learning, just like chopsticks have to be used when eating food, Mugisha said in a recent interview with Xinhua.

Mugisha is among the 500 students at this middle school who have enrolled to learn the Chinese language.

Culture is key in learning the language, echoed Vanessa Kawiwambe, another student at the school.

She said Ugandans need to position themselves to reap the benefits from the increasing trade and economic ties with China.

Kawiwambe hopes to become a lawyer in the future and one day she will be able to provide legal services to those Chinese companies setting foot in Uganda.

At home, Kawiwambe also teaches her mother basic Chinese. She hopes that they both will be fluent in speaking Chinese some day.

Angela Nyiriek, Kawiwambe's schoolmate, told Xinhua that she desired to be an engineer in the future. She said she hoped to be able to work for Chinese construction companies when she returned to her home country South Sudan in the future.

Namisi Moses Apollo is their Chinese language teacher. He takes them through the intonations, while they repeat after him to perfect their skills.

Apollo is the only Chinese language teacher at the school and there are lots of lessons scheduled for him.

Acknowledging the challenges in teaching the Chinese, like lack of learning aid materials, and a specific classroom block for the Chinese language students, he perseveres in his efforts to widen the future prospects for the students.

"Understanding the Chinese culture is going to help our people know how to deal with the Chinese people," he said.

Apollo himself studied Chinese when he got a scholarship to pursue his bachelor's degree in international trade in China. He spent about one year at Nanjing Normal University for the Chinese language preparatory classes before proceeding to Liaoning University in Shenyang for his degree.

In 2013, Apollo went to Dalian University of Foreign Languages where he obtained his Master's degree in Chinese language teaching. He dreams of chasing his doctorate degree in Beijing.

China remains one of the main sources of foreign direct investment in Uganda. In the last five years, Uganda government figures show that Chinese investment grew to $3 billion with a potential of creating 45,000 jobs, and bilateral trade value in 2017 hit over $800 million. 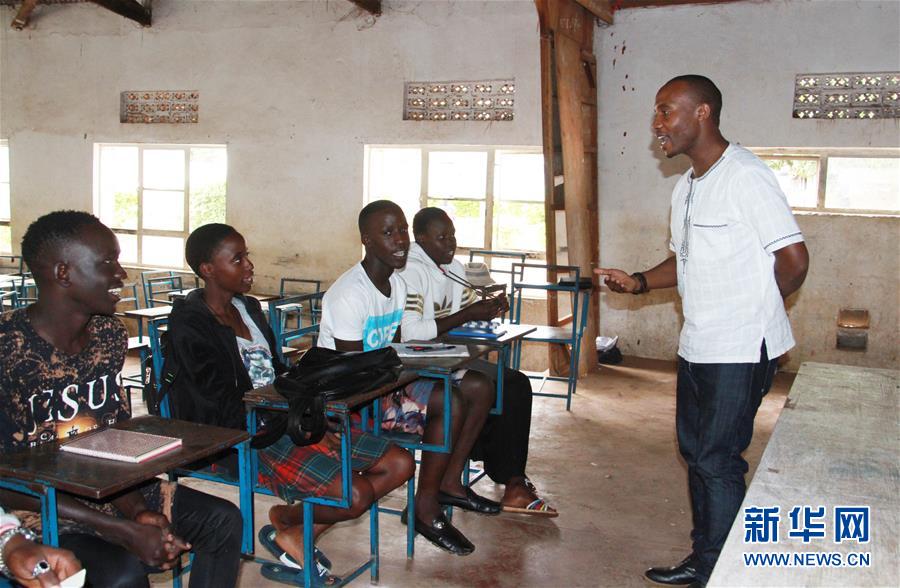 The teachers will be the basic staff as the government prepares to introduce the Chinese language learning into school curriculum.

Yet, some private schools like Everest College, Luyanzi College and British School of Kampala are already teaching Chinese on their own.

Teaching the Chinese language at Everest College is a pilot project of the Confucius Institute of Makerere University, Uganda's top university.

The institute has 80 university students studying Chinese as one of their subjects for a bachelor's degree and over 2,000 people taking short-term courses in Chinese.