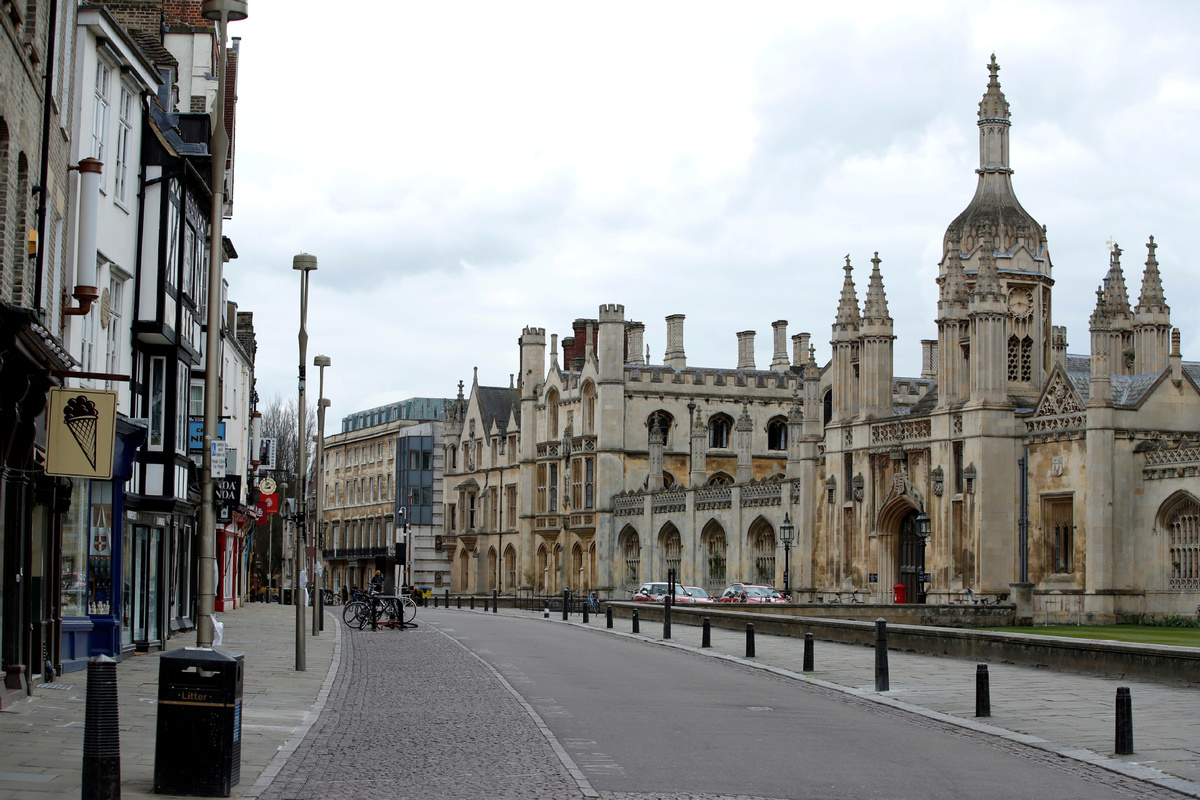 An almost empty street is seen outside Cambridge University, as the spread of the coronavirus disease (COVID-19) continues, Cambridge, Britain, April 1, 2020. (Photo: Agencies)

University students in England will pay full tuition fees even if academic institutions do not reopen their premises in the autumn and can only teach online, the government has revealed.

No decision has yet been made on whether campuses will reopen for the start of the next academic year, but Universities Minister Michelle Donelan said that as long as the quality of teaching was up to standard, they should still charge full fees.

"We have already seen, over the last few months, courses being delivered online and virtually to an amazing degree of quality, and I know the efforts made across the sector to facilitate that," she said. "We don't believe students will be entitled to reimbursement if the quality is there."

There would be a complaint process if students felt the quality of teaching was not adequate, she added, but "universities are still continuing with their overheads and their expenses during this time, and it's no fault of their own".

The news will add more stress to those students moving from school to university this summer who already face crucial end-of-year examinations being replaced by estimated marks calculated by their teachers, because of the school shutdown caused by the novel coronavirus.

Universities are also concerned about the loss of income that will be caused by the expected reduction in overseas student numbers.

According to figures published by the UK Council for International Student Affairs in December 2019, there were 458,490 foreign students studying in the UK in 2017-18, with China supplying the biggest contingent, 106,530, and University College London having more than any other institution.

The Institute for Fiscal Studies, or IFS, said that while just one in five students at British universities were from overseas, their fees amount to nearly a third of all tuition income, which could mean increased efforts to attract home-based students to make up numbers. This could lead to "a desperate scramble, concentrating the income loss on lower-ranked universities which would face severe difficulties in recruiting students", IFA research economist Laura van der Erve said.

Universities UK, the sector's representative group, had appealed to the government for 2 billion pounds ($2.5 billion) of emergency funding, which was rejected. But other stability measures have been announced instead. Scotland's First Minister Nicola Sturgeon has vowed to support universities however she can, and said she will work closely with the sector on a package of support.