Students sue over US admissions fraud 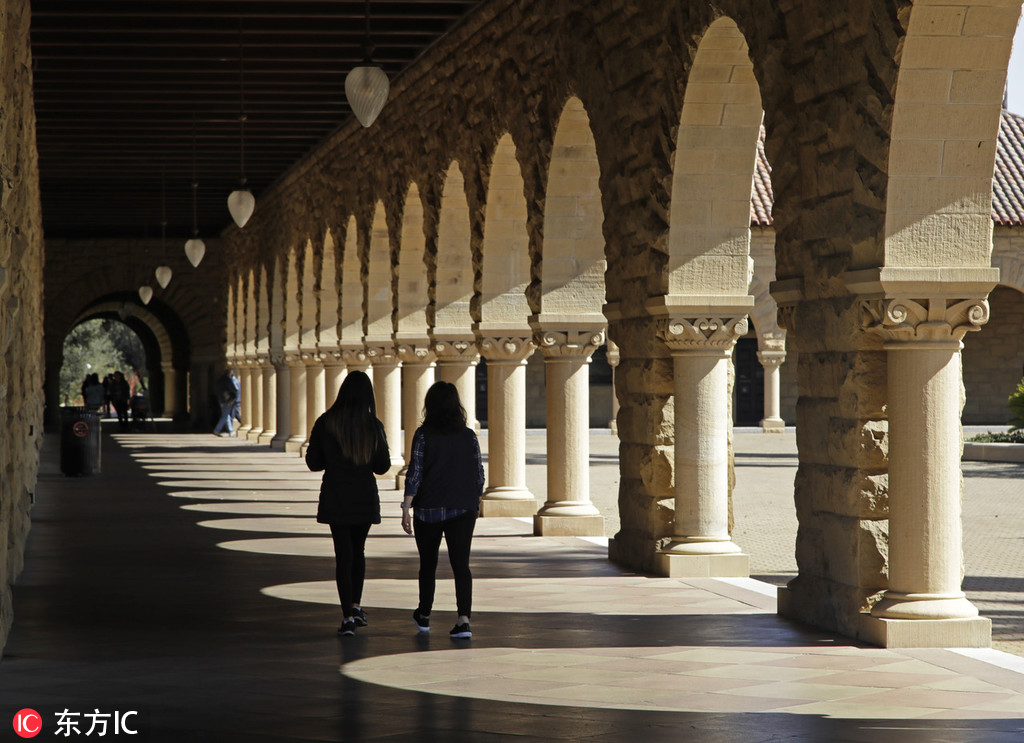 As if getting into the fanciest colleges wasn’t competitive enough, things seem to be getting nastier still.

The biggest college admission scam ever prosecuted in the US has prompted widespread concern over fairness in the admissions process, led to swift fallout for defendants, as well as litigation accusing wealthy parents and elite schools of “rigging” the education system.

Two Stanford University students, Erica Olsen, and Kalea Woods, sued the scheme’s mastermind William Singer, along with eight of the prestigious schools named by prosecutors in the case.

The civil complaint alleges that the plaintiffs did not receive fair admissions consideration.

Both students also allege that a degree from Stanford is “now not worth as much as it was before”, because prospective employers may now question whether they were admitted to the university on their own merit or because their parents bribed the school.

Along with Stanford, USC, UCLA, University of San Diego, the University of Texas at Austin, Wake Forest, Yale, and Georgetown were all named as defendants.

The litigation, filed with US District Court in Northern California on Wednesday, named Olsen and Woods as plaintiffs.

An amended complaint filed on Thursday dropped Olsen but added Lauren Fidelak, a current student at Tulane; Tyler Bendis, a community college student; and Nicholas James Johnson, an honors student at Rutgers; as well as their parents.

The suit alleges that the three students had stellar grade-point averages and athletic skills, but were denied admission to one or several of the seven schools named in the lawsuit.

“Had plaintiffs known that the system was warped and rigged by fraud, they would not have spent the money to apply to the school,” the lawsuit reads.

The suit seeks compensation, including application fees, a clawback of illegal fees paid by parents to Singer, and reasonable lawyer fees.

“We believe the lawsuit filed by the students against Stanford is without merit,” E. J. Miranda, a spokesperson for Stanford University, told China Daily. “We take the issues raised through the events of this week very seriously. While we continue to closely examine our policies and processes to see if improvements should be made, we stand behind the integrity of our admissions process.”

In an email to China Daily, UCLA said it was aware of the lawsuit and had no comment on the litigation.

In a separate suit filed Wednesday at the Superior Court of California, San Francisco County, Jennifer Kay Toy, a former teacher with the Oakland Unified School District, accused the wealthy parents of denying hardworking students a fair chance to get into their desired schools.

Toy said her son did not get into some of the colleges where the alleged cheating took place despite having a 4.2 GPA. She is seeking $500 billion for alleged emotion distress, civil conspiracy, and fraud.

Kristina Mastropasqua, public affairs specialist at the US Attorney’s Office in Washington, told China Daily on Thursday that no universities were charged so far and that the investigation is ongoing.

In a statement issued Wednesday, US Secretary of Education Betsy DeVos called the scheme “disgraceful” and said her department is “looking closely” at the issue.

A day after federal agents charged 50 people involved in the scheme, USC announced that all applicants connected to it would be denied admission to the school.

Students currently enrolled in the school who might be connected to the fraud will be reviewed on a case-by-case basis, university spokesman Gary Polakovic said on Wednesday.

Several universities mentioned in the investigation have either fired or put on leave staff members at their schools who have been indicted.

The National Collegiate Athletic Association (NCAA), which regulates athletics at more than 1,000 North American institutions and conferences, said it would launch its own probe into the scheme.

“The charges brought forth today are troubling and should be a concern for all of higher education,” the NCAA said in a statement.

The impact of fraud also rippled across the business sector.

Manuel Henriquez, a parent caught up in the scam, “voluntarily stepped aside” Wednesday as CEO and chairman of California-based Hercules Capital, according to a press release from the company.