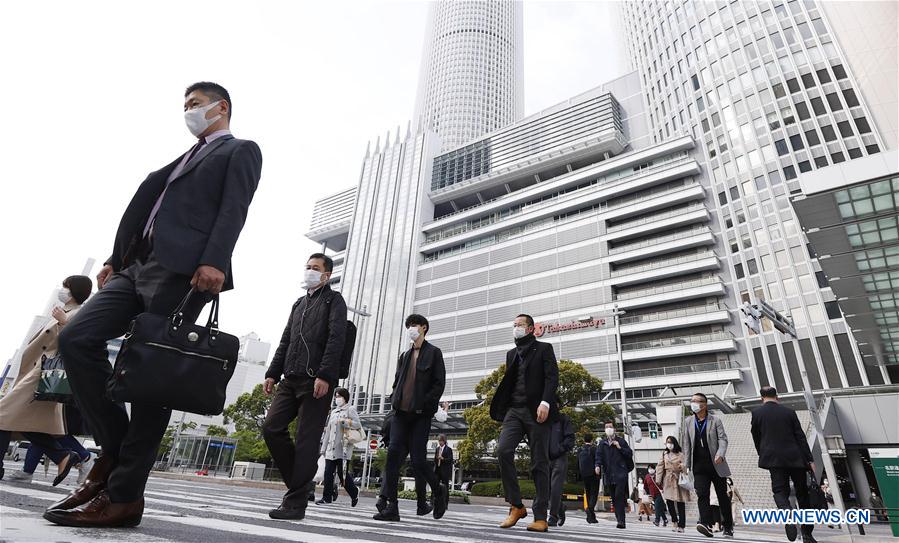 The type of the novel coronavirus that has been spreading in Japan since March is more likely to have come from Europe and the United States, instead of China, Japan's National Institute of Infectious Diseases said.

Based on an analysis of infection clusters and genome samples collected from COVID-19 patients in Japan, the institute came to that conclusion and published it on its website on Monday, with a motion graph showing the haplotype networks of the virus. These networks are described as an intuitive method for visualizing relationships between individual genotypes at the population level.

"The virus confirmed in Japan had a characteristic closer to the gene of the virus that spread in European countries than that from Wuhan," it said, adding that "it may have spread to various parts of Japan through travelers and returnees from overseas".

According to the study, there have been two waves of coronavirus spread in the country. The first was likely connected to Wuhan in China's Hubei province, and is now largely contained. But the second wave, which started in March and most likely came from Europe and the US, has achieved a much wider spread.

On Wednesday, 106 new infections were confirmed, taking the total in Japan to more than 14,000. In the face of the spread, the country is considering more ways to contain it.

That day, Japanese Prime Minister Shinzo Abe suggested pushing back the start of the academic year to September from April.

"I would like to consider various options," Abe told a session of the Diet, the country's parliament, in referring to a September start for students.

He said the change could greatly affect not just children and their parents but society as a whole.

Education Minister Koichi Hagiuda, in backing Abe's suggestion, said it would become an option if it gains widespread public support.

Against this backdrop, Tokyo Governor Yuriko Koike on Wednesday called for an extension of the nationwide state of emergency under which people have been urged to stay home and keep their distance from others.

"Tokyo is still facing a serious situation and so I would like to have it go on longer," Koike said at a news conference.

The state of emergency is scheduled to last until May 6, which also marks the end of the Golden Week holidays, a travel period that began on Wednesday.

Due to the spread of the coronavirus, Golden Week is shaping up as a subdued affair, with data from Japan's transport ministry showing that domestic flight bookings have plunged 92.9 percent from the same time last year; for international flights, the drop was 97.7 percent.

"Although Japan has not implemented a strict lockdown to forbid people from going out and some businesses and restaurants remain open, the Japanese people have been cooperating with the government's suggestions and this is crucial for winning the battle against COVID-19," said Zhou Xuan, chief consultant of Nomura Securities.