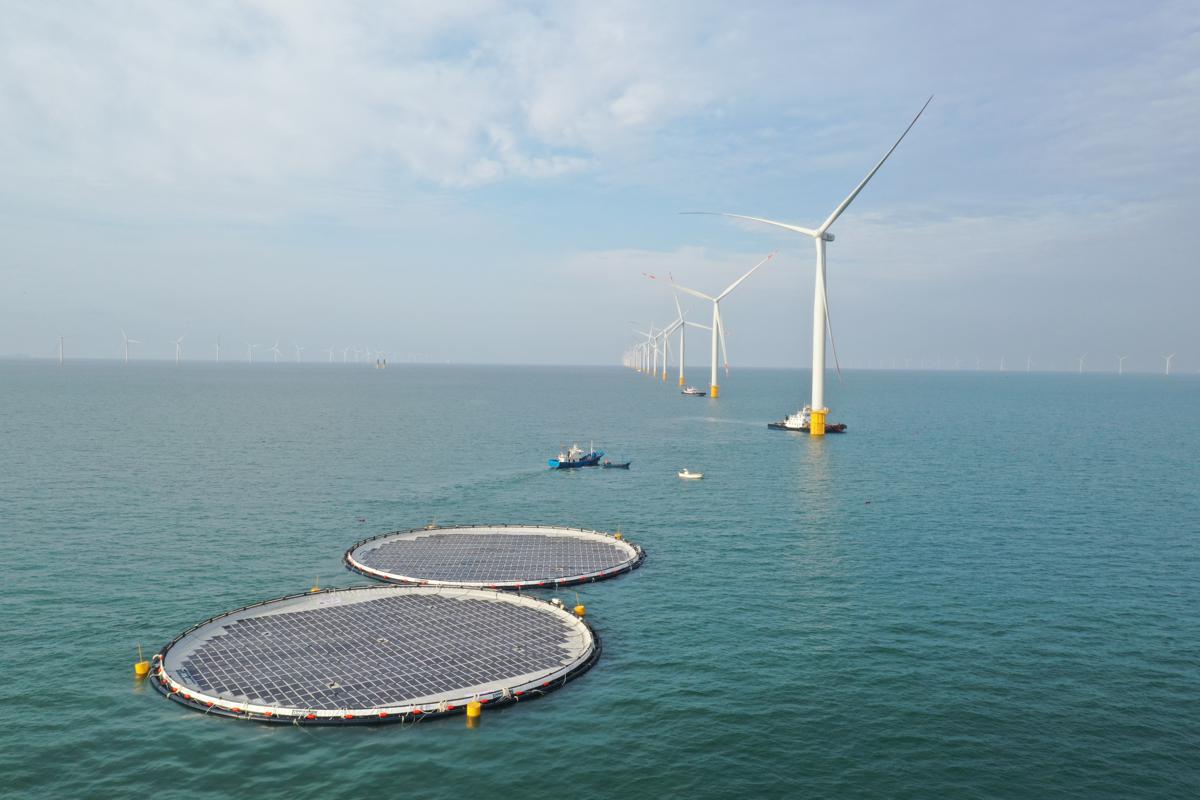 Despite projected emissions declines from China and the European Union, the world's overall carbon emissions this year remain at record levels, with no sign of the decrease urgently needed to limit the global temperature rise to 1.5 C, according to a recent study.

The world's total global carbon dioxide emissions in 2022 are projected to be 40.6 billion metric tons, said the Global Carbon Budget report, which was produced by an international team of over 100 scientists.

They are fueled by fossil-fuel generated CO2 emissions that are projected to rise 1 percent compared with 2021 to 36.6 billion tons, slightly above the 2019 pre-COVID 19 levels, noted the report as climate diplomats recently met at the COP27 United Nations climate change conference in Egypt.

If current emissions levels persist, there is now a 50 percent chance that global warming of 1.5 C will be exceeded in nine years, it says.

The 2015 Paris Agreement on climate change aims to keep the global temperature rise this century below 2 C from preindustrial levels, while pursuing efforts to limit the increase even further to 1.5 C.

The 2018 report from the Intergovernmental Panel on Climate Change, the United Nations body that assesses the science behind climate change, highlighted a series of climate change impacts that could be avoided by limiting global warming to 1.5 C.

By the end of this century, for example, the rise in global sea levels would be 10 centimeters lower with a temperature increase of 1.5 C compared with 2 C.

"This year we see yet another rise in global fossil CO2 emissions, when we need a rapid decline," said Pierre Friedlingstein of the University of Exeter's Global Systems Institute, who led the study.

There are some positive signs, but leaders meeting at COP27 will have to take meaningful action if the world is to have any chance of limiting global warming close to 1.5 C.

"The Global Carbon Budget numbers monitor the progress on climate action and right now we are not seeing the action required," he said.

This year's carbon budget shows that the long-term rate of increasing CO2 emissions has slowed. The average rise peaked at 3 percent per year during the 2000s, while growth in the last decade has been about 0.5 percent annually.

The 2022 picture among major emitters is mixed. Emissions are projected to fall by 0.9 percent in China and 0.8 percent in the EU, according to the report. An increase of 6 percent is expected for India, 1.5 percent for the United States and 1.7 percent for the rest of the world combined.

Corinne Le Quere, a professor of climate change science at the University of East Anglia in the United Kingdom, said the team's findings reveal turbulence in emissions patterns this year resulting from the pandemic and global energy crises.

"We are at a turning point and must not allow world events to distract us from the urgent and sustained need to cut our emissions to stabilize the global climate and reduce cascading risks," she said.