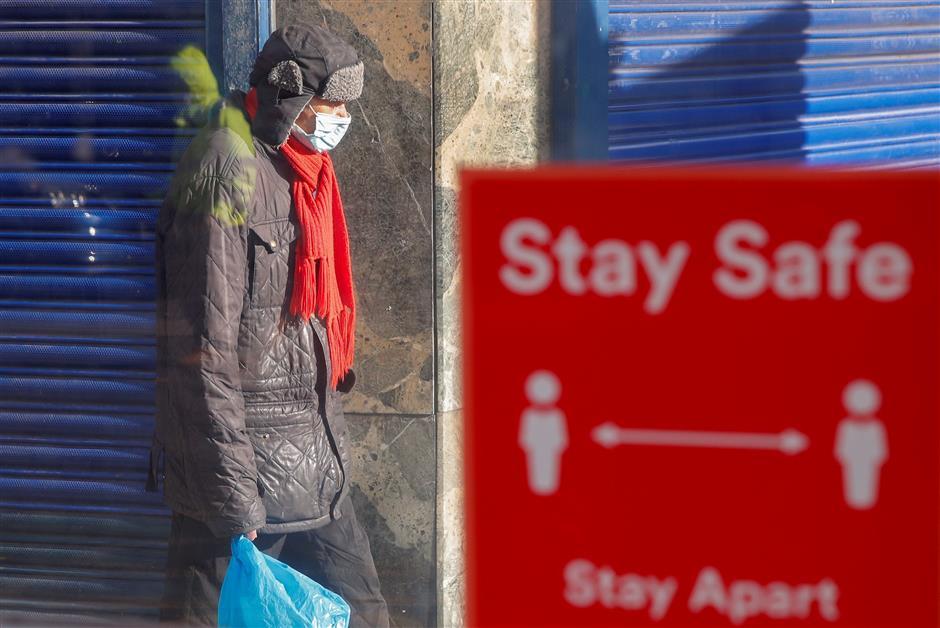 A person wearing a protective mask walks near a social distancing sign, amid the outbreak of a resurgent COVID-19, in Coventry, Britain on Sunday. (Photo: Agencies)

Asymptomatic coronavirus sufferers appear to lose detectable antibodies sooner than people who have exhibited COVID-19 symptoms, according to one of the biggest studies of its kind in Britain published on Tuesday.

The findings by Imperial College London and market research firm Ipsos Mori also suggest the loss of antibodies was slower in 18-24 year-olds compared to those aged 75 and over.

Overall, samples from hundreds of thousands of people across England between mid-June and late September showed the prevalence of virus antibodies fell by more than a quarter.

The research, commissioned by the British government and published yesterday by Imperial, indicates people’s immune response to COVID-19 reduces over time following infection.

James Bethell, a junior health minister, called it “a critical piece of research, helping us to understand the nature of COVID-19 antibodies over time.”

“It remains unclear what immunity antibodies provide, or how long this immunity lasts,” said Paul Elliott of Imperial’s School of Public Health.

The study involved 365,000 randomly selected adults administering at home three rounds of finger-prick tests for antibodies between June 20 and September 28. The number of people with antibodies fell 26.5 percent over the three months.