Study suggests 76% of Brazilian coronavirus strains had origins in Europe

A new study shedding light on the epidemic transmission and evolutionary trajectories of the coronavirus in Brazil has shown that current interventions remain insufficient to contain the virus. 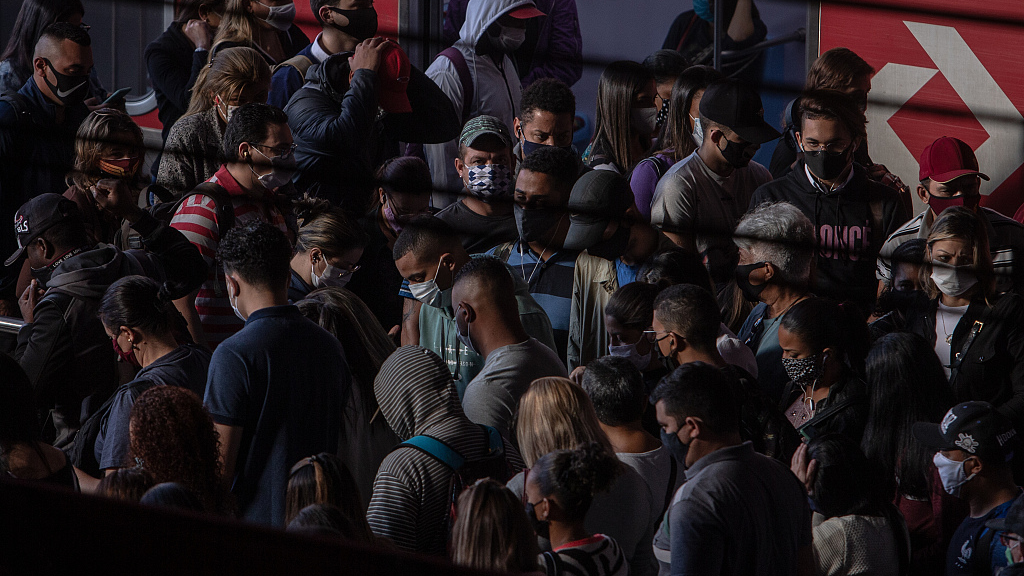 The research, published in Science a week ago, came amid the country registering the world's second highest number of confirmed cases with more than 2.6 million people getting infected.

Scientists found 75 percent of the strains in Brazil had their origins in three groups that were introduced from Europe in late February and early March, indicating transmission was already established in Brazil by early March.

Most of these estimated introductions were directed to internationally well-connected states such as Sao Paulo (36% of all imports), Minas Gerais (24%), and Ceara (10%), said the study.

Limited available travel history data suggests that these early cases were predominantly acquired from Italy and the United States.

The country is setting a record for confirmed cases almost every day. It is the country worst hit by COVID-19 outside of the United States in both death toll and case count, according to their ministry data.

Many experts say the lack of widespread testing indicates that the true extent of the outbreak far exceeds the official figures, and the outbreak is weeks away from its peak.

Previous data also shows COVID-19 arrived in Brazil via wealthy tourists returning from Europe to major southeastern cities such as Sao Paulo and Rio de Janeiro and has spread deep into the interior, reaching 82 percent of Brazil's municipalities.

President Jair Bolsonaro, who has long-admired Donald Trump, has been widely criticized for his handling of the crisis.

He overtly defies social distancing, calling it a job-killing measure more dangerous than the virus itself and has repeatedly clashed with state governors and mayors, accusing them of adopting strict restrictions and shutting down major cities to stop the virus.

The overall attitude towards the crisis has led to the resignation of two health ministers and the country so far still has no permanent health minister.

Both Bolsonaro and his wife have tested positive for COVID-19, according to an official statement on Thursday.