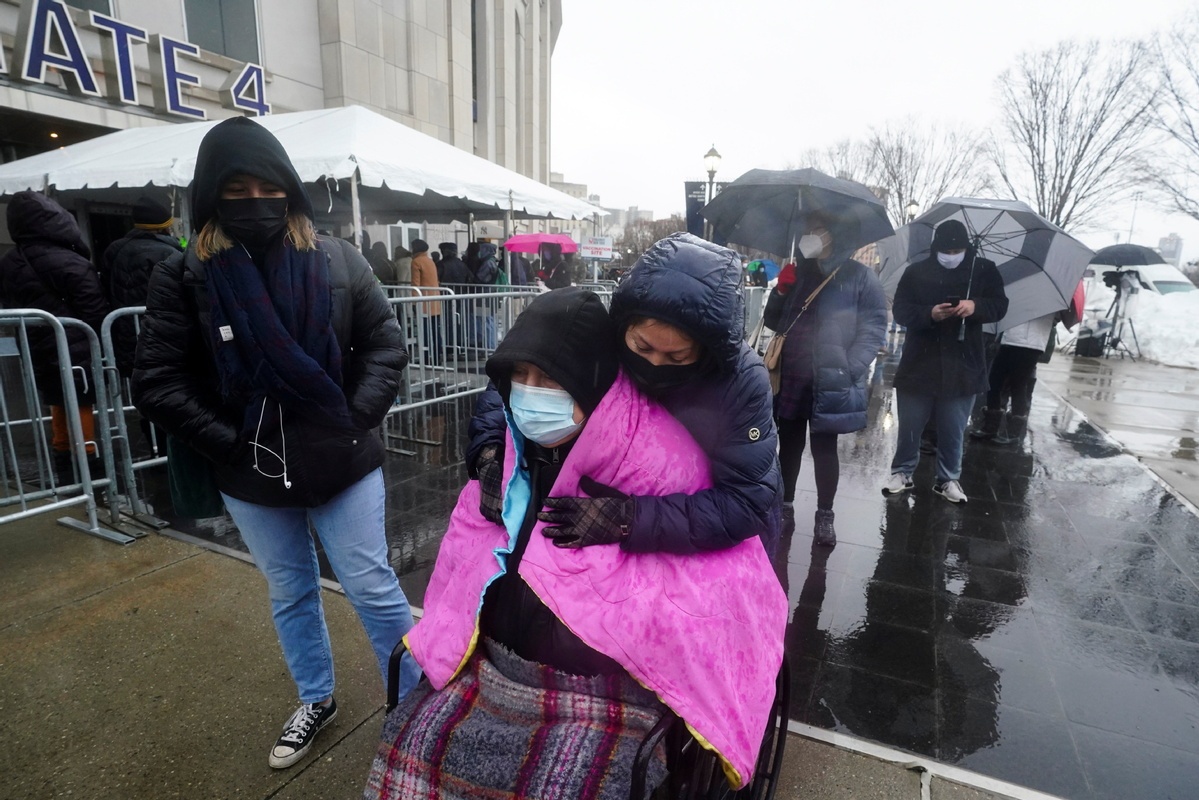 People line up outside Yankee stadium for vaccines amid the coronavirus disease (COVID-19) pandemic in the Bronx borough of New York City, New York, US, February 5, 2021. (Photo: agencies)

The coronavirus variant first detected in the United Kingdom is spreading rapidly across the United States, new research suggests, adding concern to resurgence of the pandemic in the country.

Analyzing half a million coronavirus tests and hundreds of genomes, researchers predicted that within a month, this variant, known as B.1.1.7, could become predominant in the United States, potentially bringing a surge of new cases and increased risk of death.

The study, posted on the preprint server MedRxiv on Sunday, echoed a forecast issued last month by the US Centers for Disease Control and Prevention (CDC), which warned that B.1.1.7 could become predominant by March if it behaved the way it did in Britain.

According to the study, detection of the variant increased at a logistic rate similar to those observed elsewhere, with a doubling rate of a little over a week and an increased transmission rate of 35 to 45 percent.

The vast majority of these cases, 690, were caused by B.1.1.7. There were six cases of a new strain initially discovered in South Africa, called B.1.351, and three cases of the P.1 strain first discovered in Brazil.

New COVID-19 cases and hospitalizations are declining in the country from recent surges, but health experts warn those contagious coronavirus strains may threaten to undo progress and lead to a resurgence.

The United States has recorded over 27 million cases with nearly 464,000 related deaths as of Monday afternoon, according to the real-time count kept by Johns Hopkins University.