A new preliminary study -based on a small sample - has suggested that people previously infected by the COVID-19 variant identified in South Africa may have better immunity against other coronavirus mutations, experts said on Wednesday. 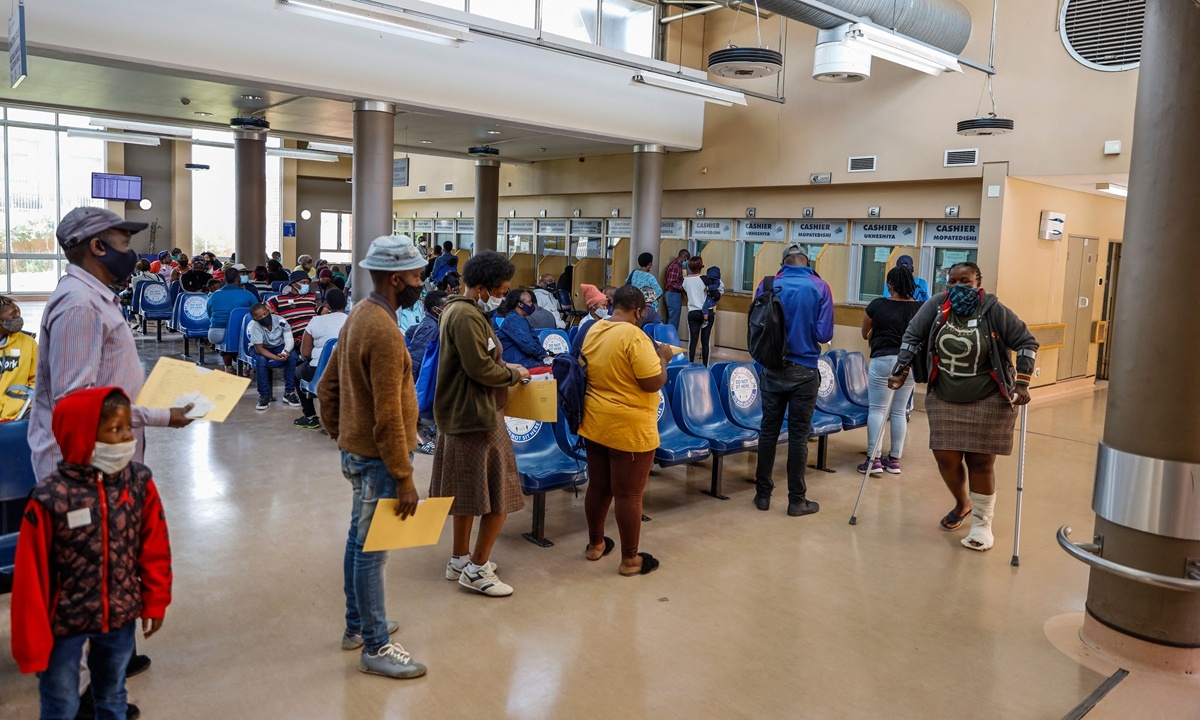 A general view of the waiting area of the Tembisa Hospital in Tembisa, on March 1. (Photo: VCG)

The findings, from a yet to be peer-reviewed research by the team of South African scientists who discovered the 501Y.V2 variant, raise hopes that vaccines modeled on the strain could protect against future mutations.

Only 4 percent of a sample of 55 patients who had 501Y.V2 failed to neutralize infection from the original coronavirus variant, according to data presented by a cohort of scientists under the Network Genomic Surveillance South Africa.

Identified late in 2020, the variant became the dominant strain in the African nation worst hit by the pandemic, fueling the second wave of infections and delaying the start of vaccinations in February.

Top virologist Tulio de Oliveira, told a video conference attended by senior government ministers that "the 501Y.V2 can produce a high level of antibodies that can neutralize itself," he said, adding that the immune response outperforms previous variants. Health Minister Zweli Mkhize told the same meeting that the discovery was "good news for all" as it presented a huge boost to the control of the pandemic.