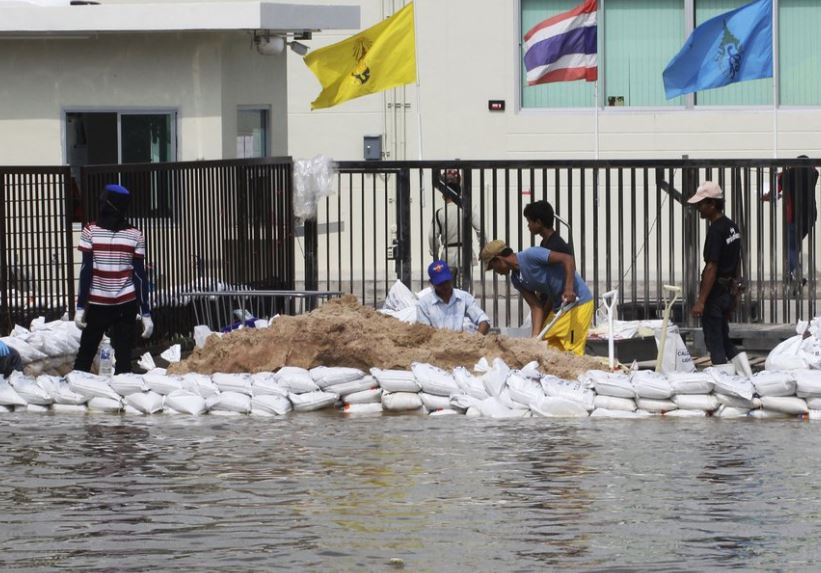 The number of people threatened by climate change-triggered flooding is about three times higher than previously thought, a new study says. But it’s not because of more water.

It’s because the land, especially in Asia and the developing world, is several feet lower than what space-based radar has calculated, according to a study in the journal Nature Communications Tuesday.

So instead of 80 million people living in low-lying areas that would flood annually by 2050 as the world warms, this new study finds the population at risk is closer to 300 million people

And if emissions of heat-trapping gases continue unabated and Antarctic ice melts more in a worst-case scenario, around 500 million people could be at risk by the end of the century, according to the study by Climate Central , a New Jersey based non-profit of scientists and journalists.

Space-based radar says 170 million are at risk in that scenario.

For the United States, much of Europe and Australia, this is not a problem because those areas use airborne lidar radar, which is more accurate about true elevation. But in flood prone Asia and other places that’s not an option, Strauss said.

So Climate Central used the shuttle radar, artificial intelligence and 23 different variables to create a computer model that is more accurate in globally mapping elevation, Strauss said. They then tested it against the airplane-generated data in the United States and Australia and found this computer model was accurate, he said.

“This is a far greater problem than we understood,” Strauss said. “Far more people live in risky places today than we thought and the problem only multiplies in the future.”

He said the new model found “a huge difference” in elevation in places such as Shanghai, Ho Chi Minh City, Bangkok, Jakarta and Mumbai.

“This study represents very significant progress in the understanding of the risk which climate change-related sea level will cause for hundreds of million of people before the end of this century,” said Jean-Pascal van Ypersele of the Universite catholique de Louvain in Belgium. “If hundreds or even tens of millions of people are flooded in Asia or Africa, it will create social and economic disruptions on a huge scale.”

University of Colorado’s Steve Nerem said the problem is real, but he isn’t sold on the new model yet, partly because it is based on the shuttle radar to begin with.

It does highlight an issue that needs to be fixed, said Katy Serafin at the University of Florida. “The longer we wait to address this, the less time we will have to develop adaptive and sustainable solutions to coastal flooding.”