WORLD Study: US trade wars to cause long-term losses for U.S. farms

Study: US trade wars to cause long-term losses for U.S. farms

U.S. farmers and agricultural businesses are expected to suffer long-term losses in export sales as a result of the administration's trade wars that "lingered on multiple fronts," warned a study published Wednesday by Boston Consulting Group (BCG). 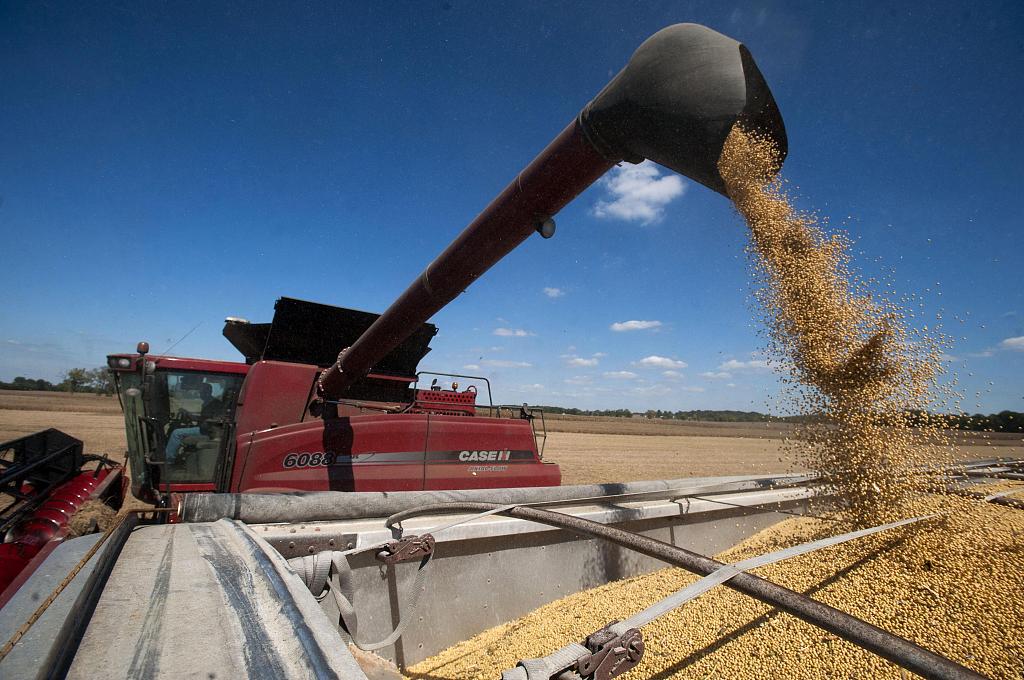 The study said past federal policy changes, including tax cut and deregulation, "have been a mixed blessing" for the agriculture sector, but the benefits "have been more than offset by falling prices due to trade wars that have flared up and lingered on multiple fronts."

BCG cited the example of the plummeting U.S. soybean price, which it said hit a 10-year low as of September 2019, down 20 percent since March 2018. "That is when the U.S. began sharply hiking tariffs on a wide range of goods imported from China and on steel and aluminum from many other nations."

U.S. agricultural exports, the study said, increased by only one percent in 2018, compared with a three-percent increase in 2017. They were down five percent year-on-year during the first seven months of 2019, it said.

"The growing risk is that much of the market share abroad that U.S. agribusiness is losing to foreign competitors will be hard, if not impossible, to win back -- even if current trade conflicts are resolved to the U.S. government's satisfaction," the study said.

It predicted that with less faith in the United States as a stable supplier, importers of U.S. farm products will more likely "hedge and further diversify."

The study said the "knock-on effects" of trade conflicts "have rippled through the entire U.S. agricultural supply chain, including suppliers of inputs such as farming equipment."

It further contended that "sustained, record-low prices will probably eventually force many growers out of the market, and this is having a knock-on effect for input suppliers."

The study painted a gloomy picture ahead for the U.S. farm industry, despite the administration's aid packages to farmers caught in the cross-fire of their government's uncertain trade policies. The administration spent 12 billion U.S. dollars last year to help farmers mitigate the negative impact, and pledged another 16 billion dollars this year.

U.S. Secretary of Agriculture Sonny Perdue has refused to promise further subsidies beyond the current total, and farmers have said the measure is not a solution to ending the damage done to them.

U.S. farmers interviewed by Xinhua over the last few months, including those growing soybean, peanut and cotton, said they would rather sell their products at fair market prices than receive one-time assistance from the government.

"My personal view is less than half of that demand will come back, even if a trade deal is concluded in the near term," Decker Walker, one of the study's leading authors, was quoted by Bloomberg News as saying.