Submarine lost 50 years ago found off the coast of France 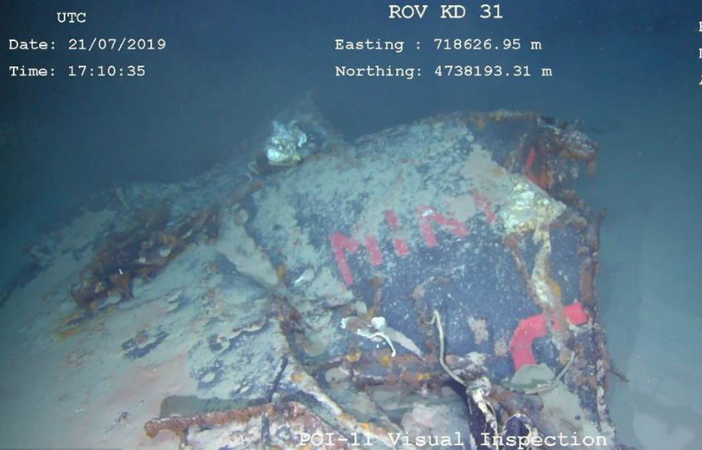 The mystery of what happened more than 50 years ago to 52 submariners and their vessel has finally been solved, bringing relief to bereaved families and highlighting the technical skill of the team that closed the book on the enigma.

The discovery of La Minerve, which disappeared in January 1968 near the French port of Toulon, was hailed in a tweet by Florence Parly, France's defense minister.

"We have just found La Minerve," she wrote in French. "It's a success, a relief and a technical feat. I think of the families who have been waiting for this moment so long."

Search teams had looked for the sub many times in the past without success but the team that finally found it used new technology to analyze data from the accident along with other information, such as the movement of currents and tides.

A senior French naval officer told Agence France-Presse the submarine was discovered by a team aboard the Seabed Constructor, a boat belonging to private US company Ocean Infinity.

The BBC said it was located on the ocean floor, 2,370 meters below the surface and some 45 kilometers from Toulon, the south coast port that is home to a French naval base. The sub is understood to have suffered a catastrophic failure and to have sunk to the ocean floor in four minutes.The cause of the accident remains unknown but it came at a time when a spate of such disasters hit submarines globally.

CNN reported that Parly said the discovery of the wreckage was made possible by "recent technological advances in underwater exploration, including the use of new sonars and research drones".

The broadcaster said the French Alternative Energies and Atomic Energy Commission, supported by the navy's Hydrographic and Oceanographic Service, analyzed seismic measurements from when La Minerve disappeared in order to narrow the search area.

Parly said she sincerely hopes the "discovery will help (families) mourn, more than 50 years after this tragedy that has marked the French navy and all our fellow citizens".

There are currently no plans to raise the wreckage but there are calls for a memorial service to be held on the surface, above the wreckage, honoring the 52 people who died.

The Guardian newspaper said the search for the submarine, which was on a military exercise when it went missing,was begun earlier this year following intense pressure from relatives of crew members who died.

Herve Fauve, son of La Minerve's commander, Andre Fauve, told Le Monde the discovery was a moment of "great emotion" for the families of those who died.

"Many people told me they were supporting me during the search because they didn't want me to feel alone but they didn't believe it would be found," he said.

The submarine, which is understood to have broken into three pieces as it sank, was located in clear water on Sunday.