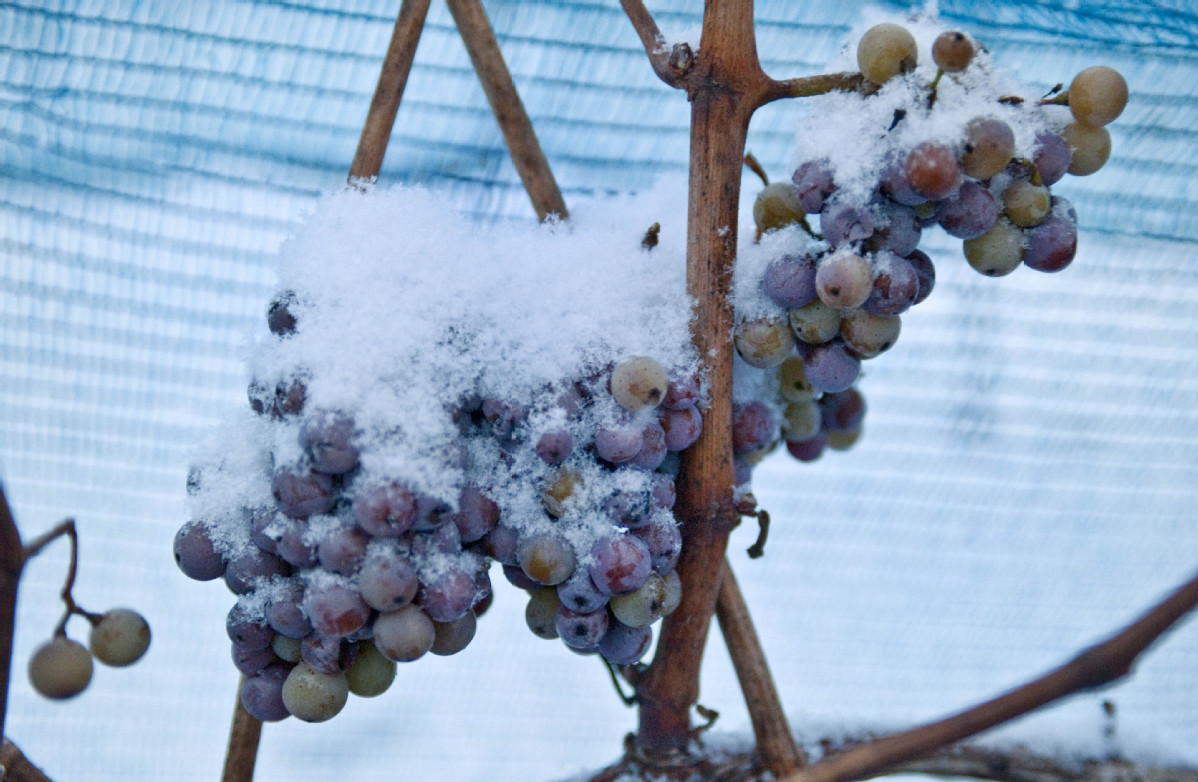 Ice-covered grapes are hanging in a vineyard near Freiburg, Germany. (Photo: VCG)

FRANKFURT, Germany - A warm winter means that, for apparently the first time in the history of German winemaking, the country's fabled vineyards will produce no ice wine - a pricey, golden nectar made from grapes that have been left to freeze on the vine.

The German Wine Institute said on Sunday that none of the country's wine regions saw the necessary low temperature of -7 C.

A succession of warm winters have cut into ice wine production recently, the institute said, noting that in 2017 only seven producers managed to make it, and only five managed it in 2013.

"If warm winters become more frequent over the coming years, ice wines from Germany's regions will soon become an even more expensive rarity than they already are," said wine institute spokesman Ernst Buescher.

Buescher said the institute knew of no vintage year in this century or last when no ice wine was made, and since winters were colder in the 19th century, it assumed that the latest harvest was the first one to yield no ice wine since production began in 1830.

Freezing the grapes before they are crushed concentrates the sugar and leads to an intensely sweet, golden wine often served with dessert. It has always been a niche product with around 0.1 percent of German production, and expensive due to low volumes.

Making it is a tricky business that can enhance the winemaker's reputation.

To make it, workers must race into the vineyards to bring the grapes in with only a few hours notice when the temperature falls, often at night or in the early morning.

Since the grapes must be pressed while still frozen, makers work in unheated facilities. Vineyard owners also face the risk that grapes set aside for ice wine will rot on the vine before the hard freeze comes.

Canada's Niagara Peninsula is one of several other places where ice wine is produced, thanks to its cold winters. It's also made in northern Michigan and Ashtabula County, Ohio, near Lake Erie.

Major markets for German ice wine include Japan and China as well as Scandinavia and the United States, the institute said.