Sudan's ruling generals and protest leaders reached a "full agreement" on the constitutional declaration, the African Union said, paving the way for transitioning to civilian rule. 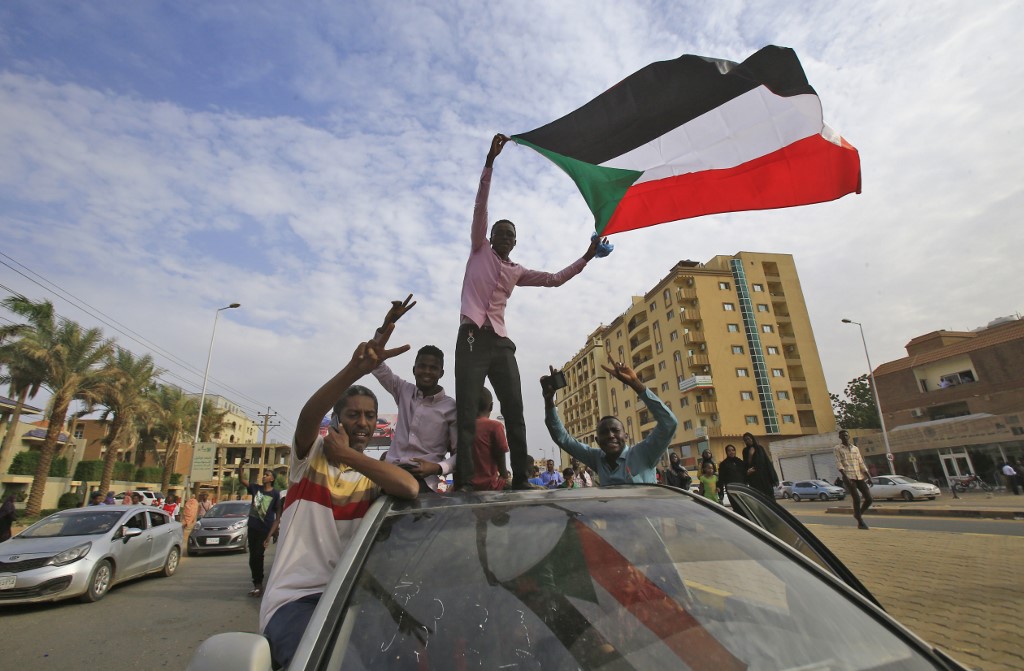 Sudanese protesters wave their national flag during a demonstration called for by the Sudanese Professionals Association (SPA) to denounce the July 29 Al-Obeid killings, in the capital Khartoum on August 1, 2019. (Photo: AFP)

The agreement came after prolonged negotiations between Sudan's ruling military council and the Alliance for Freedom and Change which has been leading the protest movement across Sudan for months.

"I am announcing to the Sudanese, African and international public opinion that the two delegations have fully agreed on the constitutional declaration," AU mediator Mohamed El Hacen Lebatt told reporters.

Lebatt said meetings will be held to discuss a formal signing ceremony.

The main points of contention concerned the powers of the proposed joint civilian-military ruling body, the deployment of security forces and immunity for generals over protest-related violence.

Saturday's announcement came after the military council announced nine paramilitaries had been arrested for killing four teenage demonstrators earlier this week as talks with protest leaders over the country's future navigated a second day.

The move against the paramilitary men of the feared Rapid Support Forces stemmed from the fatal shooting of four schoolchildren and two other demonstrators during a rally against fuel and bread shortages in the city of Al-Obeid in North Kordofan on Monday.

The killings have sparked anger across Sudan.

On Thursday, four more protesters were shot dead in the capital's twin city of Omdurman, just across the Nile from Khartoum, said doctors linked to the country's protest movement.

"An investigation has been launched into the incident of Al-Obeid and seven members of the RSF were immediately dismissed and handed over to civilian judges for trial," General Shamseddine Kabbashi, spokesman for the ruling military council, told reporters earlier on Friday.

He also said that measures will be taken against those responsible for Thursday's violence.