KHARTOUM, Aug. 12 (Xinhua) -- The Sudanese government and International Criminal Court (ICC) on Thursday signed a memorandum of understanding (MoU) on provision of information and realization of justice for the victims of the conflict in Sudan's Darfur region. 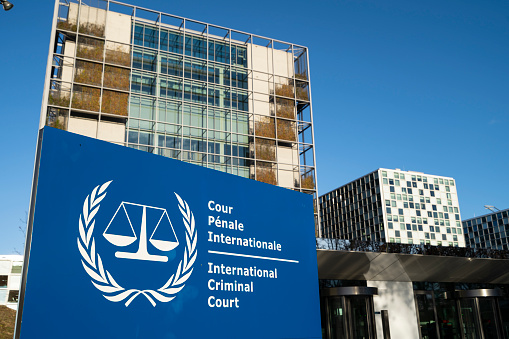 The headquarters of the International Criminal Court, ICC, in The Hague, The Netherlands. (File photo: Agencies)

"The MoU helps in providing the requested information and continuing work with the victims, the survivors and the civil society," said Khan at a press conference in Khartoum.

Khan said the visiting ICC delegation and the Sudanese government failed to agree on a specific date for handing over the ousted Sudanese President Omar al-Bashir and other suspects to the court, adding that the ICC would open a permanent office in Khartoum.

He also did not exclude the possibility of trying al-Bashir and other suspects in Sudan under the supervision of the ICC.

"The seat of the court is in The Hague, but if the judges see the possibility of holding the trial in any other place, it's up to them," noted Khan.

The ICC court demands Sudan hand over al-Bashir and two of his senior aides to the court for trial, accusing them of allegedly committing war crimes and crimes against humanity in Darfur region.

On Aug. 3, the Sudanese cabinet approved a draft law to join the ICC Rome Statute, but this law will not be effective until it is approved by the interim parliament.

The transitional authorities in Sudan, which were established after the ouster of al-Bashir in April 2019, have earlier expressed readiness to cooperate with the ICC regarding the trial of the suspects accused of committing crimes in Darfur.

Khartoum is considering three options to try the suspects, including establishing a special court, creating a hybrid court of the government and the ICC, or handing them to the ICC.